Manchester United's Back to Their Winning Ways 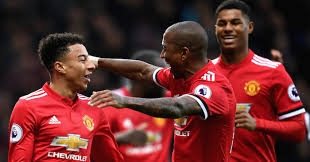 After a close loss to arch-nemesis Manchester City, the Red Devils are back on track.

Like most of the Premiership pack, the best West Bromwich Albion were hoping from their match with mighty Manchester United today was a healthy gate from the jacked up prices being charged to witness the visit.

As expected, the Baggies were beaten, a 1-2.

It was smooth cruisin' for United all day, really.

Former Baggie Romelu Lukaku scored the first goal in the 27th minute with one of his signature headers.

Love in football is real.

Jesse Lingard, the dude with a new celebration every time he scores, scored the second with a hint of luck on his side.

With all their wealth and talent, why the Red Devils can't defend set pieces remains a mystery for the ages.

It's a known fact, and West Brom exploited it to garner their one and only goal via Gareth Barry.

As usual in matches like this, it simply served as a lovely parting gift.

Along with a healthy pile of gate receipts.