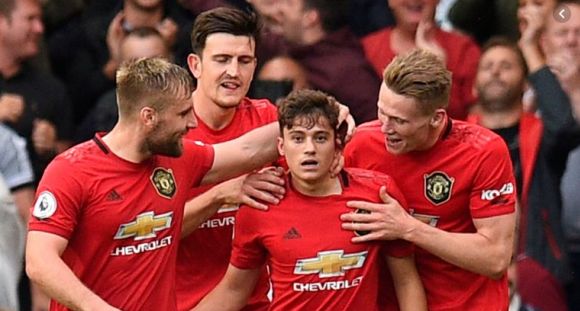 This one had a touch of intrigue for a while.

Two big-brand clubs led by their former stars on the touchline, trying to project their experience to their chess pieces on the pitch.

Ole Gunnar Solskjaer still has a lot to prove at Manchester United, while Frank Lampard -- in a manager's role -- is unproven.

The Norwegian musta looked down the line with a been there done that stare, and then gave Lampard a harsh welcome on his Premier League debut as a manager for Chelsea.

The Blues broke from the gate at a more energetic pace and even struck David de Gea's post within four minutes.

However, while close counts in a few other endeavors ...

The Red Devils soon expounded on that theme, pulling away from the Blues like the Millennium Falcon.

Chelsea's lack of clinical edge was punished when Kurt Zouma fouled Rashford inside the box in the 18th minute.

The referee confirmed the penalty with VAR's help, so Rashford himself stepped up and fired home from the spot:

Chelsea pushed for a first-half equalizer at Old Trafford but were denied by the post once again.

After the break, United killed the game via lethal counter-attacks.

On the 65th minute, an unmarked Martial was picked out by Andreas Pereira's spot-on cross and calmly slotted past Kepa:

Paul Pogba released Rashford in a great assist, and the English striker found the back of the net:

There was still time for substitute Daniel James to score his first Man United goal.

Pogba was once again the architect, as the Frenchman picked out James, who found Kepa's bottom corner:

From the looks of it, dude won't be a substitute much longer.

Incidentally, Christian Pulisic was on the bench and didn't get a run until the 58th minute. Based on this match, that could change soon, too.