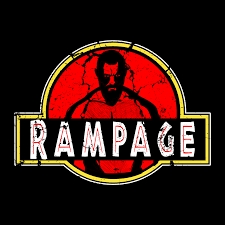 This was supposed to be the Premiership's match of the day.

A contrast in the styles of Pep Guardiola and Jürgen Klopp.

Existentially speaking, it still was.

If nothing else, Liverpool has discovered that going 10-on-11 against Manchester City is not a good situation.

For the home fans, it became a rollicking party at the Etihad as their crew laid a 5-0 beatdown on the humiliated Reds.

City's main horse for every course, the inevitable Sergio Agüero, who got the show on the road 25 minutes into it:

Dude loves picking on the 'Pool. That was was his sixth consecutive goal against them.

Without doubt, the 37th minute was pivotal in more ways than one. What was Sadio Mané thinking? That there wasn't a 'keeper who might want to do his job?

And no, dude didn't mean it.

But if there was an equivalent on the motorway, the police would've done Sané for distracted driving.

Klopp had no choice but to order a 4-4-1, but the reality is that ominous stuff was gonna happen.

Gabriel Jesus took advantage of extended injury time to put a coda on the first half with a fantastic finish:

When play rsumed after the intermission, City's first two goal scorers needed only eight minutes to combine for the game's third:

Frankly, the Reds made a plucky attempt at keeping the score humane, but ultimately, Leroy Sané broke through in the 77th minute, and the rout was really on.

Dude then applied the final kick of the can in the first minute of time added on, which was worth it.

That one was the game's best goal:

It's early days, but Liverpool's got some work to do in order to regroup.

That'll include making plans for the next three matches -- one with Burnley, as well as league and Carabao Cup tilts with Leicester City -- without Sané.