Lukaku Pops a Pair in His Man Utd Premiersip Debut 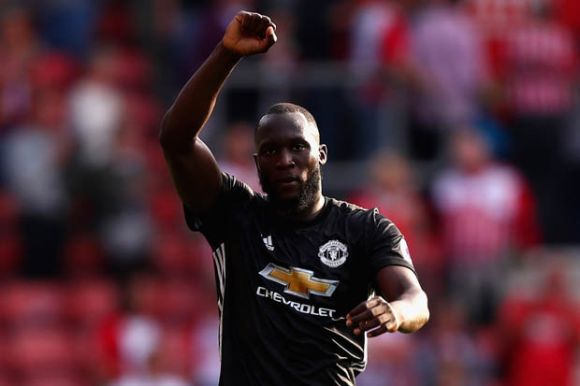 And you know what that includes.

The return of the Premiership.

20 teams fighting it out for the right to claim the outright title of champion in the English soccer world.

And let's be clear. Soccer has season's champion figured out.

Their regular season means much more than anything North America has to offer.

Think about the numerous examples that prove this point. Take one that might happen this season in baseball:

So much for a record regular season.

Unfortunately, nothing's gonna change in North American sports, so let's celebrate a sport -- on the international level, at least -- where a season-long campaign actually means something.

One such English team looking to regain their title form is none other than Manchester United.

Sure, United's had some success in winning the 2016 FA Cup as well as the Europa League championship, but that’s far from the level of success to which their fans worldwide are accusomed.

In his United debut, dude scored the team’s only goal in a 2-1 defeat to Real Madrid in the UEFA Super Cup.

However, this was only a preview of what Lukaku had in mind for the upcoming season.

In the Red Devils' Premiership opener against West Ham United, Lukaku put on a show for the Old Trafford faithful.

The Belgian international notched both United’s first and second goals:

They'd go on to post a 4-0 drubbing, which was pretty damn impressive.

While it’s clearly 'way too early to be tossing out a season's superlatives, Lukaku's definitely raised the bar of anticipation.