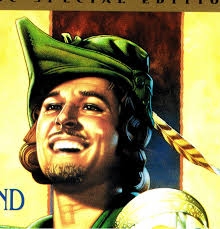 Like the Legendary Robin Hood, Liverpool also takes from the rich and gives to the poor.

The Reds did it again, this time for the benefit of Leicester City.

They gave away all three points to the Foxes with a 3-1 loss on away turf.

This habit of grabbing points from top-flight sides and donating to relegation-threatened teams is clearly perplexing for manager Jürgen Klopp, as it's clearly keeping them from a more secure grasp on a European spot.

Dude was exasperated when the Premiership's fallen champions returned to the form that won them the title.

Until this match, Leicester hadn't scored a single goal in 2017, and who better to start scoring again than Jamie Vardy?

This is City from last season.

Danny Drinkwater also pounced onto the opportunity to double the lead:

What a hit! The 'Pool is down.

Vardy again burst onto the scene to make it 3-0 for the Foxes:

Seems like every Premiership team plays better after sacking its manager.

Philippe Coutinho salvaged something for the Reds, but the game was lost already.

How to save a bad season, avoid relegation, and rejuvenate your team:

If this doesn't work, you probably deserve to go down.