Liverpool Beats Man City; So Does the VAR 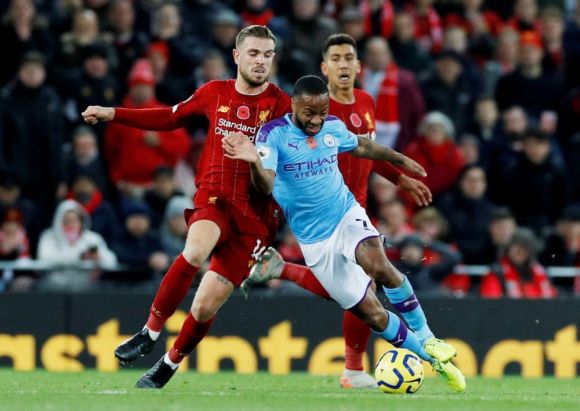 If the disgraced American president Richard M Nixon got one thing right, it was a simple observation:

There are things in life that just aren't fair.

After their day at Anfield, Manchester City doesn't need convincing.

Dudes spent large swaths of the match in total charge, and what to they get? A 3-1 defeat to Liverpool and confirmation of another famous quote:

Of course, only one stat really counts, and City couldn't buy a break there, either.

They shoulda figured it was going to be one of those days when Bernado's early strike hit was could only be termed by an impartial observer as Trent Alexander-Arnold's extended torso.

When referee Michael Oliver waved it off because -- as he said -- dude's arm was not in an unnatural position, the 'Pool immediately added insult to injury.

While Sergio Agüero was busying himself trying to get a bitch in to Oliver, the Reds galloped downfield an ultimately popped in the game's first goal.

It's no consolation, but even the VAR agreed. Oliver just didn't want to review the incident.

Alexander-Arnold was in the middle of a more positive action when his in-rhythm cross led to a Mohamed Salah goal through Andy Robertson.

When the little dude escaped notice for another penalty late in the second half -- that VAR coulda confirmed yet again -- City had to wonder if his gifts included the Jedi skill set.

This much focus on City in a losing cause serves to underscore how Liverpool can still win when they're not in total command.

Points earned in those circumstances are often the difference between becoming the Premiership champion and being oh-so-close to it.

The 'Pool made the most of their chances to seal the deal:

Last season around this time, Liverpool was leading the pack with City steadily gaining on them. Ultimately, the Sky Blues won both head-to-head matches against them, and that was that.

This time, the 'Pool's taken measures to better prevent a rerun:

City's got more hurdles to clear before they can even think about Liverpool.

Seems like Jürgen Klopp's crew has taken last year's experience and honed their focus on the task at hand. It's proving to be much more effective than chasing referees around.