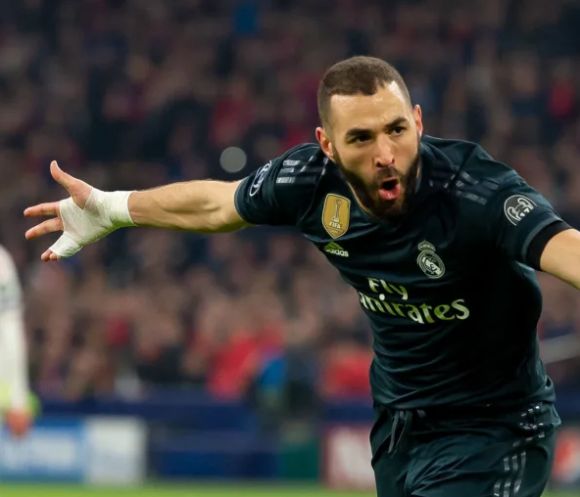 It's always good to ring up a road victory in a home-&-home competition.

Seems like Real Madrid was taking that obviosity a tad too casually in Johan Cruijff Arena as their Champions League bracket campaign got under way.

However, Ajax went at Los Blancos like a terrier on a postman's butt, playing brave football but coming up short in a 1-2 result where Karim Benzema and, ultimately, Marco Asensio scored for the visitors.

Hakim Ziyech scored the consolation for the hosts, which was better than nothing. Being real, though, it was nothing.

On the bright side, at least de Godenzonen -- Sons of Gods -- didn't have to travel too far to get home.

Ajax actually started as the better side, showing good, aggressive football forcing the visitors to defend at any cost. They even thought they'd taken the lead deadlock from a Nicolás Tagliafico header, but the referee ruled against it after consulting the VAR.

Putting it mildly, it was a controversial decision:

The action that the referee counted happened in the second half.

In the 60th minute, Brazilian winger Vinicius Junior left three defenders after cutting in from the left and assisted Benzema, who drilled one home in a clinical finish:

Undeterred, Ajax responded through Ziyech in the 75th minute, as David Neres slid the ball across to him, where Thibaut Courtois couldn't get to it:

The Dutch side threw themselves at Real after that, but they left too much space, and it gave the Spanish side a chance for a lethal counter-attack.

But it was all for naught, and then cruel fate intervened.

In the 87th, after all the Ajax positive play, Dani Carvajal took possession on the right side and crossed it to the substitute Asensio, who sealed the deal with a clever finish:

But with Real pocketing two road goals, Ajax is gonna need a hella lotta more gods in the return leg to remain in the bracket.