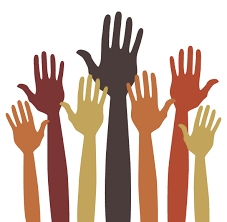 OK, for this one, we'd better call the game soccer.

If you took a show of hands, Hull City would quickly agree.

In fact, the Tigers no doubt believe Arsenal’s Gunners got this 2-0 victory handed to them.

If they get relegated -- and they're in the zone now -- they'll probably be having nightmares about the result.

Not that they didn't lose by two goals, but Hull surely felt a 0-0 finish would've been more just.

As if just matters.

The Gunners, as they usually do when the season's winding down, are getting better. City, meanwhile, may have pulled out a few stunning wins against the Premiership’s big dogs in recent times, but Arsenal is immune to this voodoo.

Arsenal’s striking mainstay, Alexis Sánchez, scored in the 39th minute to give them the high ground:

But, as they say in another form of football, upon further review:

Diego Maradona would be so proud ...

The salt was already well into the wound, but that just wasn't enough.

In time added on, Arsenal gained the upper hand yet again.

Sénchez put that away with ease ... and his foot.