Agüero's Hatter Puts Him in the Premiership Record Book 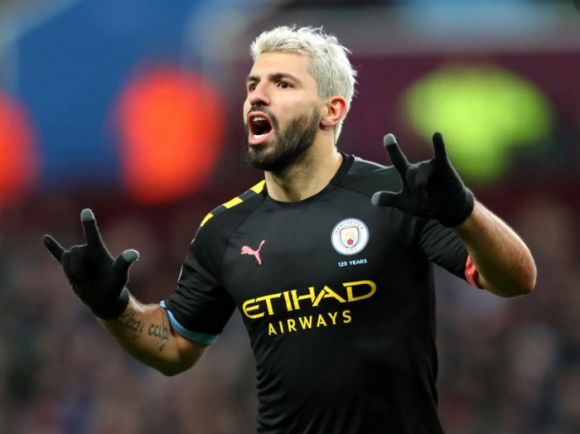 Manchester City was always gonna blow out Aston Villa, and the 1-6 result at Villa Park was surely that.

This just happened to be the match, though, when Sergio Agüero tallied a trio of goals to send him top of the table for career goals scored by overseas players.

His 12th hat trick -- also a Premiership record for anyone -- raised that total to 177.

Here's the Argentine's feat, interspersed within City's absolute nuking of the Villains:

Damn. If ever anyone's gonna point to a side and say there's a relegation candidate, Villa would be it.

Apparently, they're saving their desperation for another day.

Agüero, meanwhile, put on a dazzling display of what a full-service striker should look like.

Dude not only found nylon three times, he was a major factor in Riyad Mahrez's two goals as City jumped back up to second place, where it still takes a telescope to catch sight of undefeated Liverpool.

Today's hatter moved Agüero into a tie with Frank Lampard for fourth place all-time in the Premiership's career scoring ranks: Of active players, only Tottenham's Harry Kane is in the Top 20. Still, that's not bad for someone having a hard time staying in one piece. The Harrycane's logged 136 goals to date, good for 13th place.

In all competitions, Agüero's racked up 249 goals and, at 31, shows no signs of slowing down. Manager Pep Guardiola is definitely willing to give him as many outings as he can take.

In a bro-sorta way, of course.