World Juniors: Canada Snaps Its Losing Streak to the USA 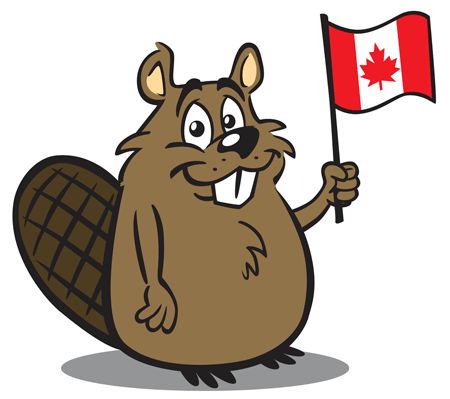 For years, now, any list of the world's friendliest countries will include Canada.

However, when the topic is hockey, the USA might disagree.

Their neighbors to the Great White North haven't taken kindly to the Americans, whose development program has produced U20 teams that came into this season's World Junior Championships with four straight victories against them as well as six of the rivalry's last eleven.

The World Juniors used to be a folksy little gathering that gave the globe's governing body -- the IIHF -- something to do during the year's-end holidays.

Then, Canadian hockey's PR machine got hold of it, and why wouldn't they? This looked like broadcast programing gold since their dudes dominated the proceedings:

Since then, the WJC's have been right up there with all the other Canadian Christmas classics.

But times have been relatively lean lately.

By their standards, Canada's only won two WJC golds in the past decade, thanks in part to those goalie-rich Finns and the USA winning three each.

Toss in the Americans' perceived advantage in the rivalry, the fact that they're in the same pool this year, and the IIHF schedulers putting this marquée matchup on the tourney's first day, and the Ostravar Arena was rocking on Boxing Day:

What with Russia and the Czechs in Group B, too, Canada's 6-4 victory was more than claiming the North American bragging rights, each point earned is gonna be vital when bracket seedings come into play.

Alexis Lafrenière definitely showcased why he's the projected top pick in this spring's NHL Draft. It's not that dude compiled four points on the night, it's when he got them, making his nation proud.

That goes especially for his last one, seven seconds after the USA tied the game. The fact that he sensed the saucer pass and impressively knocked it down was almost more spectacular that following up with the game-winning goal.

There was a more spectacular play on the docket, though.

It came in the other Czech venue, Třinec, where Sweden came from behind to beat its own neighborhood rival, Finland, 3-2, in overtime. The Tre Kronor's Nils Höglander put his team on the board with the ol' scoop-&-score maneuver:

Incidentally, the Swedes have now won an incredible 49 straight WJC pool-play games, but that streak's only produced a gold in 2012. They've loaded up on five silvers during that span, for what it's worth.

Bovada has listed them at +650 to win a gold this time. The favorites are none other than Canada at +220, even though they've brought their youngest-ever team to the party.

The USA, for one, now understands those odds were well-considered.