This Could Be the Gold Standard for Own Goals 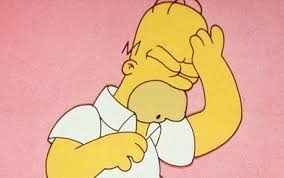 On the bright side, it was a helluva shot.

It was also indicative of how Edmonton's season has gone.

The Oil was supposed to be a legit contender to go deep into the playoffs this season.

That prediction was half right. Dudes are in deep.

This is the team that, somehow, screwed up the fact they recently had four first-overall draft choices -- all theirs -- in the same lineup.

That didn't work, so they traded one of them for a journeyman. That did work, for Taylor Hall.

Dude's part of the reason the New Jersey Devils are second in the Metro Division.

Then there's the Oil, next to last in the Pacific.

Cleary, good decisions and the Oil just aren't getting along.

Take their recent game with Toronto on home ice.

Their gritty defenseman Kris Russell was, collecting fist bumps after his goal to open the third period tied the game at four. The score stayed that way until the final minute until this happened:

A Leafs' empty-netter sealed the deal at 6-4.

And what's already a long season for the Oil is getting even longer.