The Washington Capitals Wish You a Merry Musical Something 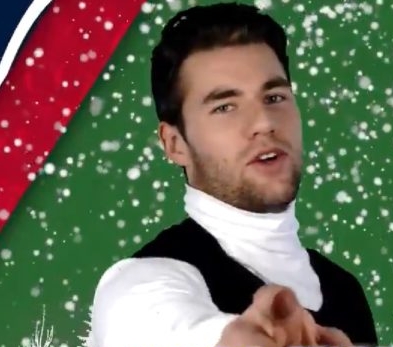 Everybody's good at something.

A select few are good at everything.

The Washington Capitals are not in that group.

In the spirit of the season, we'll not bring up their recent abbreviated playoff runs as an example. That just wouldn't be right.

It is clear, though, that these dudes are in the right profession.

Make that any profession that has nothing to do with singing.

In their holiday message to fans this year, that's the point:

Gotta say, it's a clever tribute to those late-night commercials that exude tackiness.

This could be exactly what the Caps need to finally win the Cup.

If nothing else has shown them there's no other way to fame and fortune than hoisting the hardware, this production will.

Their only other hope would be to capitalize on awfulness, à la The Producers:

Then there's the looming detail that the oncoming digital economy makes cooking the books harder to do.

Dudes had better win the Cup.