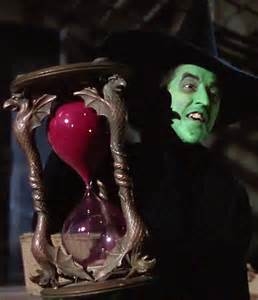 Detroit has been eliminated and Tampa Bay is resting for their next opponent.

That leaves us with a three-game schedule today, and your favorite Shot Dude is on it.

Both Pittsburgh and St Louis have the chance to move on with wins today. Since the first game starts at 3:00pm est, there's no time to waste.

You can view today's matchups with the help of the Bovada data tool located on our Home page:

FanDuel never wastes your time. Their site is easy to navigate, and it's simple to join fantasy games. Visit them when yoiu're finished here.

Phil Kessel, Pittsburgh ($7800) ... has come up large with 2 goals and 2 assists in the 4 games played so far. Dude's launched 19 shots, so chances are good he'll be firing again today. I'm rolling with the Pens to close out the Rangers at home in this one with Kessel getting on the score sheet.

Ryan Getzlaf, Anaheim ($7600) ... has registered 2 goals on 12 shots and added an assist in this series. The road team's won every game so far, but I expect that to change today. I see the Ducks showing some pride on home ice and winning it. After all, Anaheim has beaten Nashville in two straight games and has all the momentum right now.

Marian Hossa, Chicago ($5600) ... had a huge goal on 7 shots to help the Blackhawks win and stay in their series with the Blues. This game seems like the easiest to call of any today. I'd wager that Chicago ties this series on home ice after gaining momentum from the double-overtime thrilling win they captured on Thu 21 Apr.

Kris Letang, Pittsburgh ($8000) ... is expensive, but has 4 points and taken 11 shots in this series to date. Dude's been an iron man, averaging over 27 minutes of icetime each game. With the great goaltending and timely scoring the Pens are getting, I just don't see how the Blueshirts will overcome them.

Sami Vatanen, Anaheim ($5000) ... has an assist in each of the Ducks' last two wins and is averaging 24 minutes per game in this series. It's hard to find another d-man I like for less salary, and I think this will be the lowest-scoring game of the day. It's hard to predict when shutouts will come, but I don't see Vatanen being on the wrong side of the plus/minus ledger.

Corey Crawford, Chicago ($8800) ... has so far faced 152 shots in 328 minutes in five games against St Louis. Dude's listed as likely to start again today, but check closer to game time just to be sure. I think Crawford will rack up a high save total again and, even if he lets a few pucks past him, will have enough goal support to pick up a win.

Your favorite Shot Dude hopes you have the time to watch some great playoff hockey and are a winner of your fantasy games. Please recycle your cans, bottles, and newspapers, and always give it best shot!