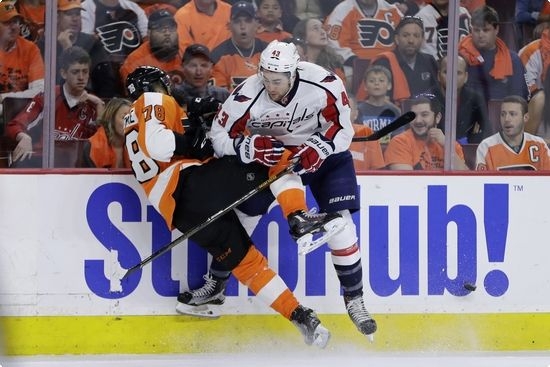 Your favorite Shot Dude has studied which way these pivotal games will go and wants to share.

Today is also the 142nd running of the Kentucky Derby. Your favorite Shot Dude will be rooting for the horse named Nyquist. His owner named him after Detroit Red Wing's speedy Swedish winger:

Incidently, feel free to smirk with all who understand Swedish. Dude's name is pronounced NEE-kvist. Really, how hard is it to source a pronunciation?

I'm also partial to Suddenbreakingnews. After all, I'm a journalist at heart. These two horses would make a great pair in your wagering future.

Since our first NHL games starts at noon EST, a quick hit on a few of the skaters I like today is in order. You can view all the matchups with the help of the Bovada data tool on our Home page:

You can race over to FanDuel and get in on a NHL fantasy contest now. There are many games available from which to choose, so head their way when you're done here.

Jamie Benn, Dallas ($9000) ... has a goal and three assists in the four games played in this series. Benn's fantasy score was a 9 when these teams last played in Dallas. Since the series will not be decided either way today, I think the Stars play relaxed and take this one at home with Benn leading the way.

Logan Couture, San José ($7100) ... has picked up three goals and three assists in this series and is a huge reason why it's knotted at two games apiece. With the Sharks skaing home ice, it's hard to ignore dude's home fantasy scores of 10.5 and 8.1 in the first two games. I think we see more of this today.

TJ Oshie, Washington ($5800) ... is just thye kind of support player I want on my team. Dude's tallied 3 goals on 16 shots in this series. Oshie's hat trick in Game 1 came at home, which is where the Caps will be facing elimination today. I see Washington and Oshie extending their season at least one more game with a victory in this one.

Marc-Edouard Vlasic, San José ($5200) ... has fired 15 shots on goal in 4 games and recorded an assist in 3 of them. Althougth dude's not known as a tremendous scoring threat, he's stepped it up against Nashville. This is the latest of the three games today, and the schedule maker just might have saved the best for last.

John Klingberg, Dallas ($5200) ... has only been on the score sheet once in this series but always seems to be around the puck. Dude's averaged 26 minutes on the ice and is a huge part of the Stars' power play. I think we'll see Klingberg shoot more today and perhaps notch his first goal of the series.

Martin Jones, San José ($9000) ... has seen 140 shots in 4 games against Nashville in this series. Dude's most likely to get peppered again today. He let in two goals in each of his two home wins in this series to date, but I think either a shutout or one-goal win is on tap for the Sharks and Jones tonight.

Your favorite Shot Dude hopes you come out in front of all your opponents and have a winning day. Set some time aside to laugh today, and always give it your best shot!