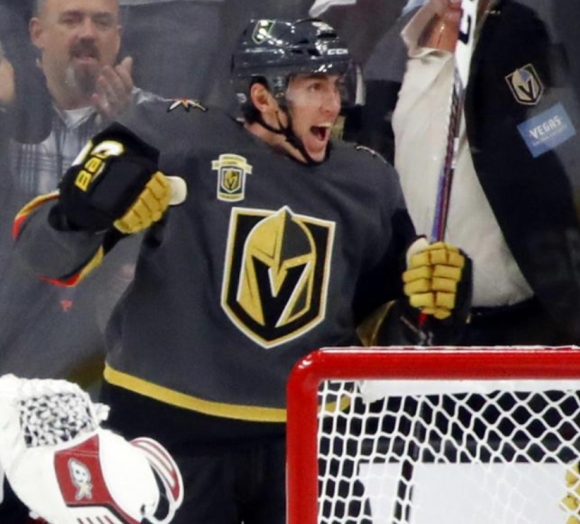 Blame baseball for this.

Even before seamheads went outta control with software and stats, MLB had already made a practice of announcing red-headed stepchild stats.

You know, like the most home runs in April by a left-handed hitter who'd been traded twice by the same GM.

The game's been played since the Civil War ended. Odds are that's happened, and someone knows who it is.

Crazy stats have now permeated all of sport because the more data that's out there, the more negotiation fodder there is come contract time.

Not to mention fantasy league drafts and trades.

Then there are the momentous occasions. They're not stats, really, but a category of trivia that makes smartphones essential when alcohol blends with brain cells.

Still, these are the occasions that make parents proud and memories golden.

And the NHL saw two of them in opening week.

First, kudos to left wing Nathan Walker of the Washington Capitals. Dude's the first Australian to skate in the league.

It followed, then, that he'd be the first Aussie to score in an NHL game:

OK, so it was a deflection.

It'll still look like an Ovechkin ripper in the scorebook.

Australia has an eight-team league thar has a small but rabid following. The Oz sporting scene is as crowded as the USA's, but Walker's achievement might inspire a few more to lace 'em up and/or buy tickets.

Frankly, this is a game built for Aussies:

They no doubt use the techniques learned in the outback, where closing time is arbitrary:

The other first was a matter of being in the right place at the right time.

Given the tragedy in Las Vegas, Nosek and his teammates gave citizens there a few moments of respite from reality. Sports can be good at that.

Knights owner Bill Foley splashed out $500million for an expansion team,  and gotta say, the league's governors gave him decent odds of being competitve right outta the gate.

It's early, but they're looking like they could spring a surprise or two.