Published on 7-Mar-2017 by Alan Adamsson 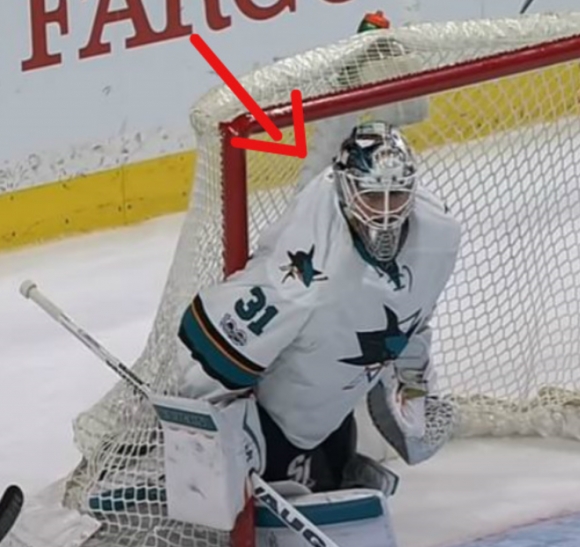 It's a fact of nature.

They're not as deadly as bees and peanuts, maybe, but still.

Besides, there aren't any NHL teams named after bees or peanuts. So it's left to the denizens of San José to maintain their menacing -- but ironic -- image.

OK, if you're into the Ramones, that is menacing.

That's about as symbolic as it gets for a club that can trace its history back to the California Golden Seals.

And symbolic these Sharks are.

Puck tucks like that occur from time to time, though, with little impact on the game.

What happened with Martin Jones on Sun 5 Mar had more of a flair for the dramatic, not to mention being the first save of its kind:

This was a clash of division leaders in the Western Conference.

At the time of his jersey save, Jones's proclivity for keeping his person away from the goal line was fairly significant.

The Minnesota Wild didn't put this game away until 18:11 of the third period when Eric Staal scored to ... ahem ... seal the deal.