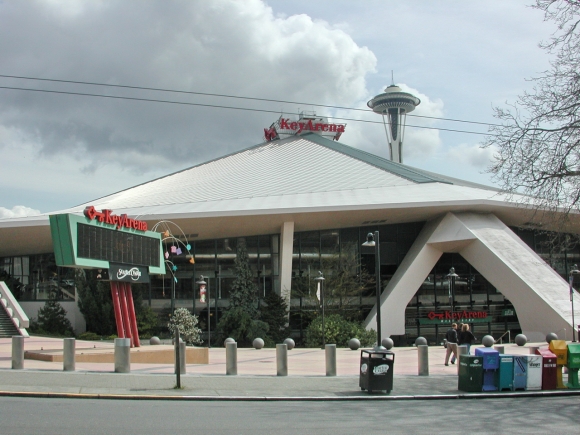 One of the late Bill Speidel's best-selling books is Sons of the Profits.

It details the real history of Seattle's origins.

Seems that the Emerald City was built on the foundations of greed, swindling and prostitution.

But enough about its attractions.

With such a streetwise background, how do Seattle's luminaries keep coming off looking like rubes?

A real estate development group took note of a city-commissioned study concluding that little ol' Key Arena could indeed be renovated to meet NHL and NBA standards for the tidy sum of $285million and volunteered to fund it.

But they were rejected.

Mayor Ed Murray -- who took office after the Sonics left town -- wants to honor the deal with Hanson without even considering a re-negotiation.

Local taxpayers must love that:

There's a cushy, decked out office in the heart of Manhattan where a little man with a big job surely has a patch of wall dedicated to Seattle. Hopefully, he wears a helmet when he's near it. The NHL's concussion protocol is quite strict.