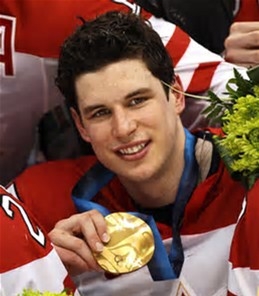 These dudes can look like villains even when they have a point.

NHL owners are understandably disgruntled because the International Olympic Committee refuses to cover players' travel expenses and insurance coverage when they attend the Winter Games.

On top of that, the govenors have to suspend operations in mid-season to make it happen.

So they say they're telling the IOC to puck off.

And yet, what do they tack onto their bluster in hushed tones?

The hard fact is this: the players want to go.

Alexander Ovechkin has been outspoken about this for quite some time:

Notably, Washington Capitals owner Ted Leonsis is fine with this. And why wouldn't he be? Who wants an unhappy star?

Simply extend that scenario by 31 teams, and there's the reality. To players, this is non-negotiable.

The IOC knows this. They're the bloodsucking bastards who cynically play the kids card -- ie- compensating the NHL would cut the youth development budget -- as if that's the only disbursement of their kajillions that must shoulder the hit.

It's not like they don't have a promotional budget, for example, that accepts the implicit benefit of the most prominent team sport in the Winter Olympics.

One solution would be to return Olympic hockey to where it began: the Summer games.

Odds are the IOC would be reluctant to move a crown jewel of its Winter extravaganza because, you know, thnk of the kids.

Not that having the world's best players being there to fuel youngsters' dreams has anything to do with it.