New Red Wings Arena Intends to Save the City of Detroit 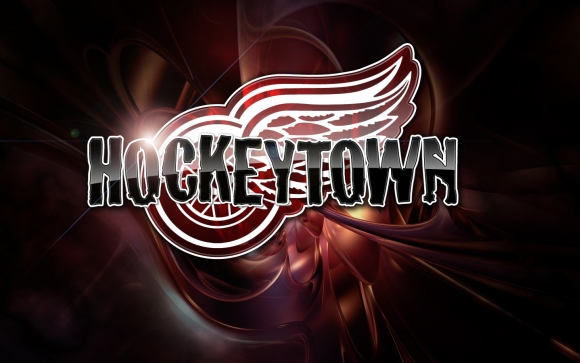 If there's one flag waving from masts on homeowners' lawns in the Michigan wind, it's Old Glory.

If there's a second flag beside it, odds are it displays the famed winged wheel found on Detroit's NHL sweaters.

The Red Wings are a local icon. Their rich tradition spans the history of the league and boasts legends from Gordie Howe and Ted Lindsay to Niklas Lidström and Stevie Yzerman.

And now, city fathers are counting on the club to kickstart Detroit out of bankruptcy.

How Detroit descended into bankruptcy is a long, complex story. When New York City went broke, the Feds offered a bailout. Not so in Detroit. A small bag of aid was forthcoming, but for the most part, they've got to do it themselves.

And with the deep pockets of Little Caesar's magnate and Red Wings guv Mike Ilitch, the locals have a private champion. The rubber began to meet the road last summer:

The new arena is expected to be ready by the 2017-2018 season, replacing the venerable old Joe, which has housed the Wings since 1979.

Ilitch resuscitated the Red Wings from mediocrity when he purchased the club in 1982 and turned them into perennial Stanley Cup contenders, winning the iconic chalice on four occasions, with the latest one earned in 2008.

Clearly, the future of Detroit is counting on that trend continuing for years to come.