Published on 1-Dec-2017 by Sportbet Staff 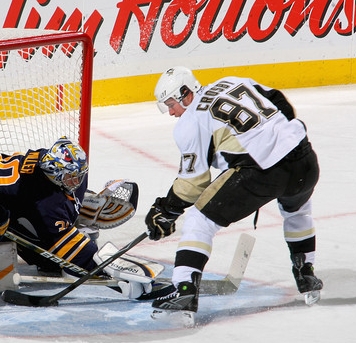 Who takes it when Pittsburgh travels to Buffalo to battle the Sabres?

This is an NHL powerhouse visiting a doormat that's having an exceptionally frustrating season.

Believe it or not, expectations in upstate New York were actually moderately high that the Sabres were about to capitalize on their young talent and make a move toward the playoffs.

However, this was yet another argument in favor of global warming.

They were getting too much sun up there in the off-season.

And now, they're getting the defending Stanley Cup champions. They last battled Buffalo on Tue 14 Nov. 14 and took home the W, beating the Sabres in overtime, 5-4.

That tells me Pittsburgh should slide onto the ice as a heavy favorite in this matchup. They should be an over bet, too.

That’s good news to me, because I think the Sabres pull off the upset.

Aspiring to become the Mark Twain of sports writing, Josh has been labelled as the up-&-coming sports writer of the year by absolutely nobody and the new heavy hitter in sports handicapping by his mother.