Gary Bettman Would Rather Not Discuss Fighting or Concussions 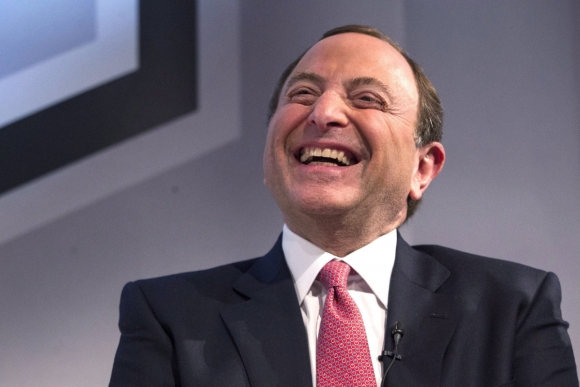 Gary Bettman is not the most popular dude in any town.

The leader of the NHL and noted brain disease expert has alienated most hockey fans at this point in his tenure as commissioner.

The reasons for this animosity are seemingly infinite.

He can't even perform the traditional duties of his office without being booed relentlessly.

That was from just last season, as Bettman attempted to present the Stanley Cup to the Pittsburgh Penguins.

Arguably the most infuriating thing about Bettman would be his thoughts on the link between CTE and concussions.

Of course, he's of the opinion that there's no connection between the two, despite overwhelming evidence to the contrary.

The class action lawsuit against the NHL involving over 100 former players is still ongoing.

Recently, a number of documents were released by a federal judge pertaining to the case, one of which, incredibly, paints Bettman in an unflattering light.

It appears that this prince among men formally counseled teams to avoid questions from the media regarding fighting in an effort to change the narrative and avoid the discussion of fatal brain injuries entirely.

While Bettman certainly can't be faulted for simply wanting this harsh reality to disappear, we do currently reside in the really real world, and ignoring the issue is a futile endeavor.

The NHL actually makes the NFL look progressive by comparison, which is no small feat.