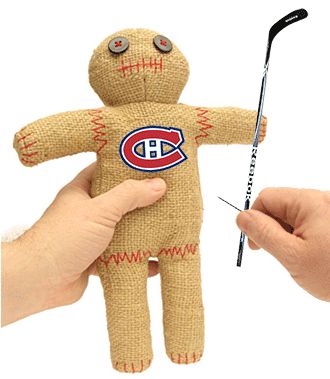 Usually, when a dipute happens in hockey, the gloves are dropped.

Back in August 2019, the Carolina Hurricanes somehow felt they were blindsided when one of their young stars, Sebastian Aho, received and signed a kinda mind-boggling, front-loaded offer from the Montréal Canadiens.

The offer was clearly designed to attack Carolina's weak point, which at the time was a revenue hit that put them in an awkwardly painful position.

Still, they felt Aho was gonna be a key component for years to come, so they sucked it up and matched the Habs' 5-year, $42.27m offer.

It definitely made for some trying times financially, but the 'Canes had crunched numbers from all angles. They got through it, and with significant contributions from Aho, won their division last season.

Their objective this off-season is to keep building with younger players, and this time, with plenty of cap space, they found one in promising Finn foward Jesperi Kotkaniemi.

Dude's just-expired contract was with Montréal, which put him in the free agent pool, but the Canadiens had no intention of letting him go. Contract talks were simply moving slowly.

They thus had a decision to make.

Actually, that was never in doubt.

As the Habs did with Aho, so the 'Canes did with Kotkaniemi. They front-loaded the offer to incur maximum pain on Montréal if they matched it.

It's now confirmed that dude was not a fan of the haughty manner by which the Habs announced the offer to Aho two years ago:

''Sebastian Aho accepted our offer. He wants to come to Montreal. He sees our youngsters coming up in the organization and he wants to be a part of that. We're proud, but there's still a waiting period.'' - Marc Bergevin #GoHabsGo

Gotta say, that was kind of a bitch move, especially from what's usually a class operation.

Waddell, to say the least, thought so, too, and was thus duly inspired to frame the 'Canes' announcement as a reminder:

Canes GM Waddell: "Jesperi Kotkaniemi accepted our offer. He wants to come to Carolina. He sees the core we’ve built here and he wants to be a part of that. We’re proud, but there’s still a waiting period. When you make an offer like that, we saw a vulnerable position.” (1/2)

From market perspectives, Kotkaniemi -- a third overall pick in 2018 -- was probably looking at a deal that was half that amount, so he's gotta be ecstatic for more than a monster income boost.

But that's not all. This contract puts the slick Finn in position to hold out for a qualifying offer next summer that has to be $6.1m according to the Collective Bargaining Agreement rules. So, dude's getting paid.

Waddell has more than this season's cap space to consider, then.

The eyebrow-raiser was how Waddell cleared out his cap space to make this offer.

He let an elite blueliner and respected teammate Dougie Hamilton leave via free agency to the New Jersey Devils. Dude was far and away the top name out there this summer, and Waddell took a calculated risk that Jacob Slavin will step into the No 1 role and his depth of young defensemen will make up for lotsa solid ice time that went north with Hamilton.

Montréal will receive Carolina's first- and third-round slots in next summer's amateur draft. Those could produce a spiffy haul as long as they don't go brain-dead again and pick a sex-abuser who's still gotta lotta 'splainin' to do.

To do so would put them over the cap, which means more roster juggling. That's made even more challenging because they're now thin at center.

Whether Kotkaniemi woulda been ready for the No 2 line is still up for conjecture, but he's better than anyone else Montréal currently has.

Still, they got hot at the right time and reached the Stanley Cup finals with only a modest contribution from the Finn. Whether or not they can duplicate that feat is more down to a healthy Carey Price and not a 21-year-old rising star.

If revenge is a dish best served cold, leave it to a hockey offer to do the serving.

And with the gloves off, no less.