And by the Way, the NHL All-Star Game was a Hit

Published on 2-Feb-2016 by Alan Adamsson 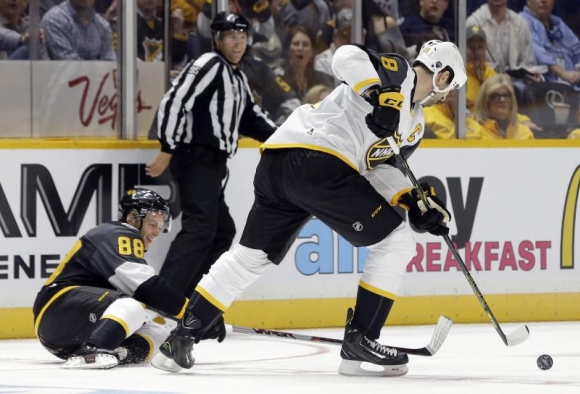 The NHL succeeded in spite of itself.

Its innovative All-Star Game format actually gave the event a reason to be competitive.

And yet, with their shameful initial reaction to fan voting, Gary Bettman & Cohorts showed once again that they may be the second-most tone deaf dudes around.

They gave it a good run, but after all, it's hard to top Kid Shelleen:

John Scott rising to the occasion was rightly the headliner, but beyond that, there was a veritable plethora of money's-worth action the 3-on-3 format showcased, as it was intended to do:

Signs of intensity were abundant. Among them: The $1million winner-take-all prize money has been cited as the reason for the players' intensity, but give the Pacific team credit, most of it was gonna be donated to charities.

Another more fundamental reason struck their collective psyches: the prospect of being eliminated.

Elite athletes are programmed to be competitive, whether or not dosh is on the line. Getting knocked out of an event -- especially a showcase -- plumbs the darkest depths of their professional being.

These dudes survived cuts at every level of their development and are forced by definition to fend off the next generation of hotshots coming into the league.

Hell, they play for the most hallowed trophy in North America in a tournament that only pays them expense money until placement prizes are divvied up.

Tossing an early exit into the proceedings was a subtle stroke of genius.

The NHL suits will surely make a few adjustments for next year -- starting with fan voting -- but they definitely got the format right.