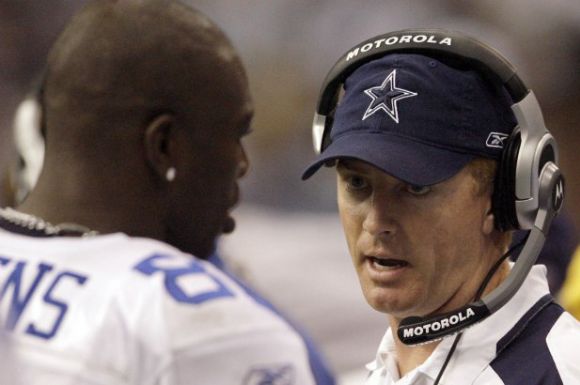 The Dallas Cowboys will forever be a lightning rod for media speculation.

As such, the head coach is usually ripe for criticism, and current head coach Jason Garrett is no exception.

Recently, former Cowboys wide receiver and freshly minted NFL Hall of Famer Terrell Owens weighed in on the subject, asking how exactly Garrett was allowed to remain in the employ of the Cowboys.

This has certainly been asked before, but it's sort of complicated.

Technically, Garrett is the second-most successful coach in franchise history, behind only the venerable Tom Landry.

Of course, Landry was there from the very beginning in 1960 and coached the Cowboys for several eons, meaning the franchise hasn't had that many head coaches.

The fact is that Garrett has only sniffed the playoffs twice since taking over in 2010.

Sure, he has more career wins in Dallas than Chan Gailey and Dave Campo, but Dallas hasn't been to the Super Bowl since the Clinton administration.

Three Super Bowl titles in four years is ridiculous, but that was a long time ago, and Jimmy Johnson isn't walking through that door.

Neither is Barry Switzer, for that matter.

The egomaniacal Jerry Jones has shown remarkable restraint in regard to his current coach, but the clock is ticking.