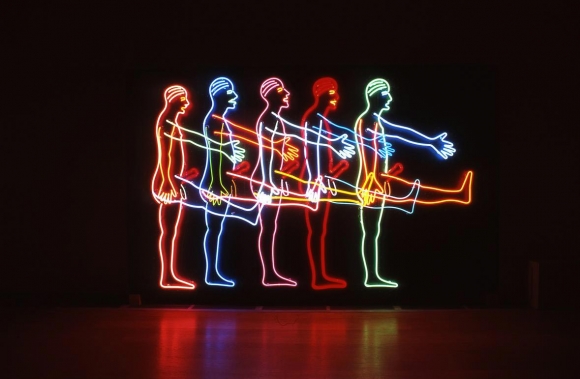 Before I express my opinion, let me pause for a moment of silence ...

Wait. I should probably start typing, because if I don't, I'll be subjected to a hefty fine.

Oh, that's right. I'm not under contract to the NFL. If I was and kept still, I might have to pay a fine that's utterly ridiculous and an absolute embarassment to the league.

After going the entire season without once speaking to the media, Marshawn Lynch was fined $50Large for finally speaking to the media, albeit briefly, on Friday. According to a league source, the NFL had been completely unaware of Marshawn's Lynch avoidance of post-game interviews. It only came to light when he popped out of the foxhole.

Yes, I'm aware of the league's policy when it comes to media and players. Players aren't just athletes. They're investments that must provide some sort of information to the media, no matter how bland and generic that information may be.

Check Bill Belicheck for a not so in-depth post-game analysis after almost every single New England Patriot games.

Now, one might argue that Belicheck's answers are really non-responses, but why isn't he fined? Simple. He actually speaks. It may be monotonous, simplified drivel, but it's audible.

If Lynch doesn't want to speak, he wouldn't have to in any other athletic pursuit, but he chose the one league that is the sporting equivalent of General Motors, Exxon, or any other faceless, soul-sucking behemoth that comes to mind. But he signed an NFL contract, and there that provision is, in the boilerplate section.

The NFL does recognize the individualistic element of each and every one of their athletes. They probably don't like it, but they haven't figured out how to shove automatons down the public's throat yet. Instead, the poobahs are stuck with some athletes who are introverts and others who are prima donnas. Some enjoy the limelight, others steer clear of it. Some come to simply do their job, while others expect praise and recognition for their contributions.

It's appalling, really. The nerve of those athletes!

Why force athletes to offer us, the fans, useless information that frankly, we already know? Seems a little redundant.

I understand that this policy won't change. The NFL requires its assets to be promotional vehicles and act professional at all times. The players just need to follow the lead of up-and-coming baseball players.

Fortunately, by not being in the employ of the NFL, writing this article, and not taking a moment of silence, I prevented an unjust fine. Phew.

Another bullet dodged from an American who should have the right to choose whether or not to express my opinion. Others aren't offered that luxury.