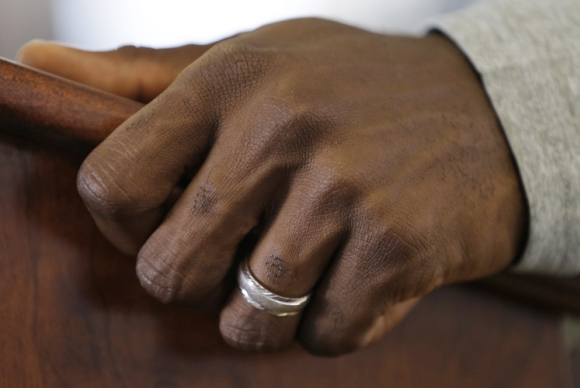 On my way to work yesterday morning, I tuned into my favorite radio talk show, ESPN 980.

And during my 20-minute commute, I overheard Mike and Mike discuss RGIII for that entire duration.

As a Cowboy fan, I was intrigued. Robert Griffin III is the key component for my rival. I'm interested to know the status of his health and whether or not he'll be 100 percent before the season begins.

Let me be clear here, I'm not hoping that he has any type of setback with his rehabilitation. Anyone with his god-given ability should be able to play because, frankily, his freakish athleticism and overall charisma warrants exposure. Although, if 100% healthy, he will undoubtedly cause problems for the Cowboys' newly implemented 4-3 defense, and I look forward to the match-up.

Unfortunately, I'm a geographical victim. I live in Virginia, and for the most part, all local medial outlets discuss -- and over-discuss -- RGIII. Not only do I hear about him on my way to and from work, but my stepfather is a diehard Redskin fan who talks about RGIII as if he were the next coming of Dan Marino (minus the concrete feet, of course).  I certainly don't mind a conversation about a phenomenal player, but this continuous banter is starting to frustrate me.

Shouldn't we, as sportswriters, columnists, reporters, and talk radio show hosts, discuss new and exciting ideas, situations, and circumstances instead of beating a dead horse? Or a hard-ridden one?

I've heard about the handling of RGIII in last year's playoff game over 100 times, at least. Yes, you can blame both sides. Yes, RGIII took a shot at the organization. Yes, it takes time, motivation, and perserverance to overcome a major injury like the one RGIII suffered. The damage to his ligament was tramautizing, but in order for him to fully recover, you'd think the 'Skins would slowly ease him back into the rotation. Test, evaluate, and reevaulate his progress. After he feels completely healthy and the medical staff clears him, then put him on the field and see what he can do.

That should be the end of it. Do we need to say anymore? Really?

I know, during slow seasons, especially when the only major sport taking place is baseball, sports journalists need something to occupy their time. But RGIII is one player. Highlight someone else once in awhile.

In fact, find positives related elsewhere in the world of sports. For me, a sports junkie, I'm tired of listening to the status of RGIII on a day-to-day basis. Once every two weeks is fine. Over exposure just lends to redundancy which lends to poor journalism. How many times can one person discuss, re-discuss, and then discuss again one player and one play and one decision that ended his playoff run?

I know, I'm just contributing to his exposure here. However, the point I think has been made. There are so many other stories out there. Choose one!