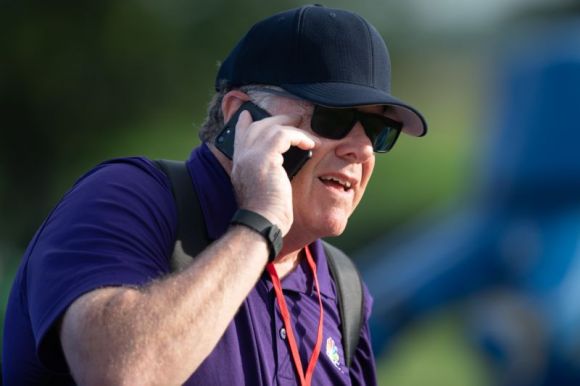 So it turns out that even Peter King isn't above the law.

The trusted NFL information gatherer was in the middle of what was probably his 53rd or so radio interview of the day when things got real very quickly.

King was on The Dan Patrick Show waxing philosophic about the Zeke Elliott contract kerfuffle when his attention was suddenly diverted.

Have a watch and a listen:

Actually, there's much humor to be mined here, including the very real possibility that Peter was beaten savagely after he ended the first call.

The profiling of our beloved media on the streets of America must stop.

While King was being detained, the two dozen or so dudes in the studio were making some salient points about Peter actually holding a phone instead of using any other hands-free device while driving.

Perhaps the NBC Sports wordsmith will consider an upgrade after he handles the ticket.

You do have to admire the integrity of this particular police officer to refuse King's bribery attempts, which reportedly included several trade rumors along with select training camp tidbits.

See, it could've been so much worse.