Angry White Dude: Not as Good as He Once Was 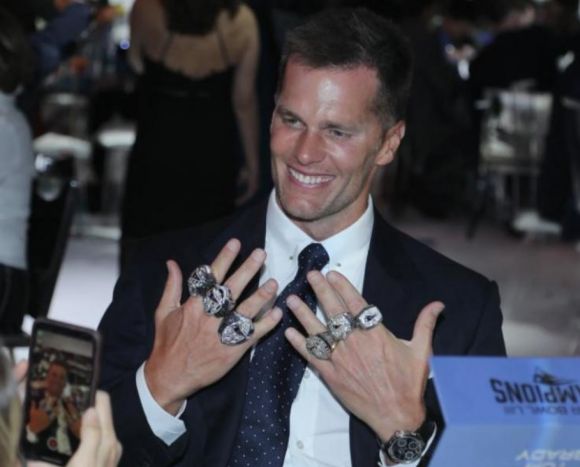 He overthrew people.  He underthrew a few.

He threw a few balls that were behind wide open receivers.  He had one intercetion and zero passing touchdowns.

He lost a fumble.

It's pretty obvious that he's not as good has he once was.  What he and his team are, though, is 8-0.

Tom Brady will not beat father time, but he's giving him one hell of a fight.

Let's look one of their recent games as an example. How about the Giants?

In that one, Brady went 31-41 for  334 yards and one INT. The defense and special teams scored touchdowns. They plundered New York, 35-14.  Oh by the way, Brady had two rushing touchdowns and passed Peyton Manning for second place on the NFL's all-time passing yards list.

Take away the special teams and defensive TD's in the Giants game, though, and you have a very close football game.

That's what the haters pounced on afterwards. Rob Brady is overrated Parker and Max Brady is over the cliff Kellerman had a field day. The usual refrain is the Patriots haven't played anyone.

Talking heads like that have all the excuses, but they dont have six Super Bowl rings.

Jules I JUST put them away, do you have any idea how long that vault combo takes? https://t.co/P4eMLZvGpS

New England doesn'tt get to pick who they play. It's just whomever's next in line and then move on.

Do you want Brady to be your quaterback? Probably not.

Who can blame you?  Brady will never really extend a play. He'll never throw a no look pass.

He's certainly 'way past his prime.  He's not has good has he once was, but he is leading a team that's 8-0.

Enjoy your sports talk shows the day after.

They should be real good!