Published on 3-Nov-2019 by Sportbet Staff 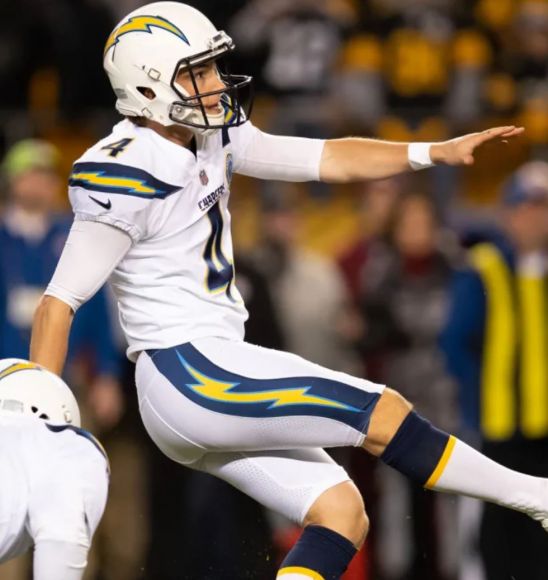 Gotta love a winner, no matter what form it takes.

Dude's got an eye for more than the uprights.

Badgely has a bitta swagger at a position known more for interchangeable, vanilla dudes whose fortunes shift like the winds that can blow a field goal attempt off course.

Not that he's immune to uncertainty. He's already on his second team.

But he's already got another football-related income stream set to go, as in trademarking his Money Badger nickname.

A few more 59-yarders as time expires, and Badgely will be rolling in it.

We settled on four games this weekend that might not enable you to build your own backyard money pool, but they could help cover costs for you to trademark your nickname.

Just remember to check for line movement before you lay down your hard-earned readies.

Carolina’s awful performance against San Francisco isn’t likely to carry over into Week 9. The Titans aren’t as talented as the San Francisco 49ers in any phase of the game.

The Panthers will unleash Christian McCaffrey early. Expect Carolina to build a big lead by halftime before coasting to a win in the second half. You have to like Buffalo to win the game, but can the Bills cover a 12-point spread?

Probably not. The 'Skins have played much calmer with interim coach Bill Callahan than they ever played with Jay Gruden.

He figures to deploy a short passing game to keep Buffalo off the field. The Bills’ offense can be like watching molasses drip out of a rusty can, so that'll keep the score down, too.

Buffalo will win, but they won’t dominate Washington by any means, though, even though the computer thinks differently. Chicago had the win against the Chargers all sewn up. All Eddy Pineiro had to do was drill a short field goal for a 2-point victory. Dude missed the kick, which means the Bears head to Philly on a 3-game losing streak.

Is it desperation time in Chicago? Probably.

The Eagles dominated Buffalo, 31-13, in Week 8. It might be desperation for Chicago, but they face a tall task against a Philly squad that got their offense back together in their last.

Bears go down SU and ATS. The Pack battles their second straight AFC West opponent on the road after beating the Chiefs in KC.

Green Bay is the better team, but the Chargers’ defense did a number on the Bears on the road in their last outing.

Expect Los Angeles to play tough. They may not win, but they’ll hold Green Bay to a 3-point or less margin victory.