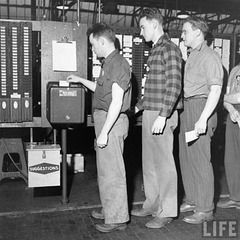 Sure, there are still seeding battles here and there, but for the most part, only two NFL playoff spots remain unclaimed.

That'll be sorted when the Cowboys and Eagles decide who's the least worse later today, and we can't bring ourselves to touch that one.

We're gonna focus on games with players who are out there because they have to be.

Other than the fact that there are individual performance bonuses to consider, everyone else is playing out the string.

So, the task of determining who's motivated by competitive zeal, playing for their jobs next year, or whatever else becomes one of intense speculation. Or simply use computer simulations to toss darts.

There's an edge somewhere in that data salad that is modern sports analytics, and we're gonna ride the hi-tech wave to find it for every pick we make.

If you decide to follow along with our simulated suggestions, remember they're based on early-week lines. Please check the current numbers before punching in yourself.

In Week 15, both the Jags and Falcons stepped it up. Jacksonville’s defense came through, holding Oakland to 16 points in a great 20-16 win. Atlanta scored a two TDs in the final seconds to beat the 49ers, 29-22.

Straight up, the Falcons have the edge. Against the spread, it's tempting to take the Jax. 7½ points is a lot to give to a squad who's got it going on both sides of the ball in their last game. But what the hell? Lay the points. The Houston Texans cooled off the Titans, 24-21, last week. Before losing that one, Tennessee had won 4 straight and scored at least 31 points in all 4 games.

New Orleans could take a step closer to the top seed with a win, though. Don’t expect the Saints to blow their chances. They’ll beat the Titans in Nissan Stadium. New England pummeled the Bengals, 34-13, last week. Cincinnati can make amends with a straight-up win over the Dolphins today. They won’t.

Miami has the better slinger in this matchup. Ryan Fitzpatrick should decimate the Bengals’ D. This is a popular opinion, too, as the line started at even and look where it is now. Still, let's listen to the computer and back the Bengals. Eli Manning led the Giants to a big 36-20 win over the Miami Dolphins in their last outing. In spite of that, dude's back to holding a clipboard today because this is the Giants.

The 'Skins are 3-1 ATS in their last 4. Dwayne Haskins is gaining confidence every game. Back the home team to win and cover in this rivalry matchup. Detroit might be the worst team in the NFL. The Lions have lost 7 straight. They’ve gone 1-6 ATS in their last 7 games. The Pack is on a 3-0 SU streak. Their offense didn’t impress in either of the last two, though. The Vikings’ defense hasn’t allowed a team to score more than 10 points in their last couple of games.

Minnesota can blow out the Packers in the season’s final Monday Night Football game.