Mike Glennon Gets Punked By The Bears 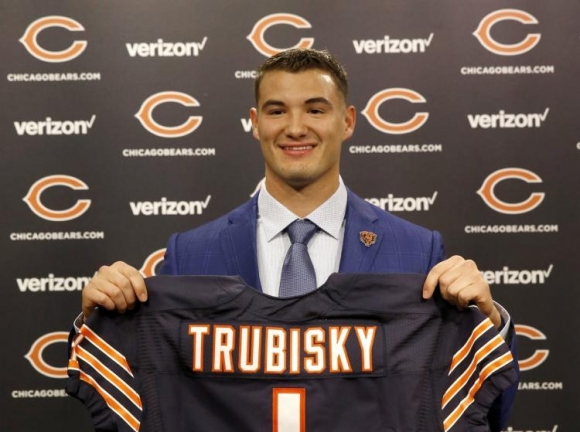 Well, that's certainly no way to treat a QB in polite society.

Presumably, this meant the Bears were making some sort of commitment to the 27-year old slinger.

However, logic and reason don't often leap to mind when discussing this organization.

Sadly, the Jay Cutler era is no more.

The Bears were certainly long overdue to draft and attempt to develop a QB internally, but after the Glennon signing, many assumed this would not be the year.

Chicago executed a rather dubious trade with the San Francisco 49ers, moving up one spot in the draft and selecting North Carolina QB Mitchell Trubisky.

Of course, in theory this may actually work, although the Bears probably could've gotten the dude in the third spot while keeping those valuable picks.

But what of Mike Glennon?

The organization was courteous enough to invite him to their lavish draft party at Soldier Field.

Then they drafted a QB in the first round.

Glennon equated this experience to being cheated on, a sensation he certainly remembers from his days in Tampa Bay.

The Bears are insisting that Glennon is still their starter, but for how long is anyone's guess.

Dude still has a valid contract, but this relationship seems troubled.

If history is any guide, this will end badly for the Bears.