Marshawn Lynch Knows How to Sell a Jersey 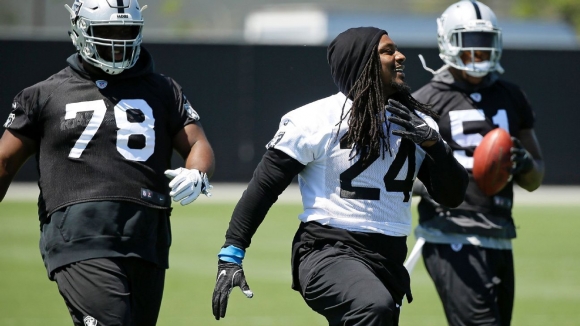 A terrible wrong was righted the day Marshawn Lynch returned to the warm embrace of the NFL.

Mercifully, an arrangement was made to release Beast Mode from the Seattle Seahawks, allowing him to sign with his hometown Oakland Raiders.

As a result, the weird vacuum has been filled once more.

Of course, a nice ancillary benefit to employing Marshawn Lynch is the fact that he's wildly popular.

The reasons for this are much too complex to explore.

The Raiders are already reaping the benefits of the Marshawn Lynch brand.

Incredibly, his No 24 Raiders garment was the top-selling NFL jersey for the month of May.

He even beat out Tom Terrific, that noted American hero.

Obviously, the Raiders are looking for some production on the field to pair with the marketing prowess.

Head coach Jack Del Rio seems pleased, along with the rest of the team.