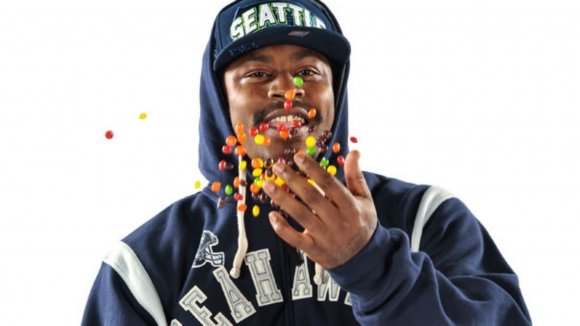 Well, it appears that emotional void may be filling up with Skittles once more.

Rumors have been circulating recently about a Beast Mode return to the NFL, specifically with the Oakland Raiders.

Yes, The Shield may very well be whole again.

Just look how happy he is.

The media-friendly former running back has contributed to the speculation with some coy Twitter activity.

Of course, dude's still the exclusive property of Seattle, so Lynch can't simply go to another team without something being facilitated through the Seahawks.

But something will certainly be worked out if our hero really wants to return.

Oakland seems to be the perfect spot for Lynch, being his hometown and all.

The Starbucks drink innovator has been keeping it weird since announcing his retirement last season, but perhaps the batteries and competitive juices have been recharged.

We all need more of this in our lives.