Jack Sock Is the 'Showtime' of Tennis 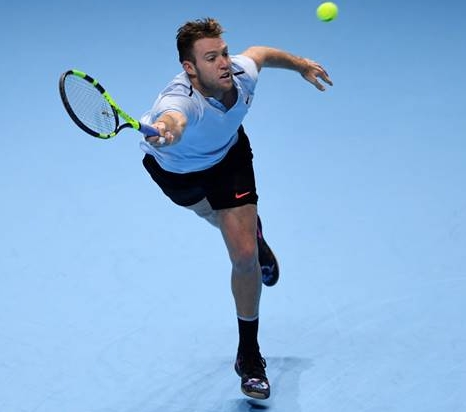 With his name, the only vocation Jack Sock coulda pursued was athletics.

And without a doubt, dude's living up to his destiny.

Apparently, he's also able to get up to game speed on a moment's notice.

For example, there he was at the Paris Masters, thinking about teeing it up as a guest at the exclusive Augusta National the following week when he wound up winning the tournament.

In the process, Sock was awarded the eighth and final spot in the Nitto ATP Finals at Wimbledon, an event that features a nifty little two-division, round-robin format.

He was drawn into the Becker group, where to date, he's 1-1.

Tennis royalty bit in his second outing whn he got dumped by Roger Federer: 6-4, 7-6.

Perhaps the American lost the war in that one, but Sock used -- shall we say? -- cheeky tactics to win at least one battle:

Dude's got a 'ways to go to get to Federer's level, but at least he's enjoying the trip.