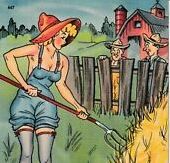 With the XFL only playing a 10-game season, trends and traits need to be identified quickly.

This is starting to happen with the league's two Texas teams, and this weekend, expect them to produce a solid payday, for them and us.

The Houston Roughnecks are undefeated, and only a rough start against the defensive-minded St Louis Battlehawks has kept the Dallas Renegades from being so.

Right now, those two clubs are living up to their end of the deal.

Here are a couple of other observations after only two weeks of XFL action:

Maybe so, but we're going with it to offer our ATS suggestions for today's games based on lines set by Bovada.

It hasn't helped that Tampa Bay hasn’t yet figured out who’s their top QB. Aaron Murray's still out with injury, and both Quinton Flowers and Taylor Cornelius bombed last week. Cornelius threw a couple of picks while completing less than 60% of his passes. Flowers threw a pick and completed 43% of his passes.

The Vipers are a mess. Houston isn't. Lay the points on the Roughnecks.

The Renegades rely on NFL experience at both RB and QB. Former Pittsburgh backup Landry Jones threw for 305 yards. Sure, dude tossed a couple of picks, but he completed 70% of his passes. That outweighs the picks.

Curtis Artis-Payne has rushed for 99 yards from 14 carries. That’s a 7.1 per carry average.

The Dragons have a decent defense but that's about it. Their only victory was at home against the toothless Vipers’ offense. Renegades win and cover.