Is Class Warfare Breaking Out in the NFL Players' Ranks? 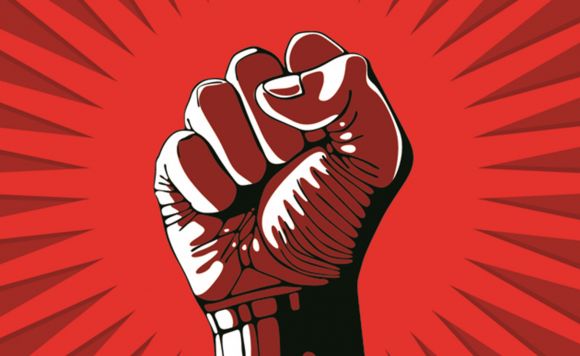 Lest there be any remaining doubt, The Shield really, really, really wants a 17th regular-season game added to the schedule as soon as possible for the obvious reasons:

Their bean counters estimate this could cram their coffers with at least an additional $1billion per season.

This is a wonderful thing for the team owners:

In other words, this is a classic example of fundamental socialism at it's thrilling best. It's the financial model that made the NFL the economic powerhouse that it is.

Ironically, for the game's working class, it's every dude for himself.

And that's what's happening as the NFLPA debates whether or not to accept The Shield's collective bargaining proposal.

The league's strategy is clearly aimed at the NFLPA's soft underbelly:

A primary reason NFL players are expected to ratify the proposed CBA: Nearly 60% of league makes minimum base salaries, which would spike immediately by over 20% and eclipse $1 million for all players by 2029. From term sheet NFLPA sent to agents (in 1000s, by credited seasons): pic.twitter.com/kRbLlzqGjO

What's more, they're basically negotiating away stuff that doesn't cost them a penny to put on the table:

To those players well aware that their average career is three years and then it's a foray into the real world to figure out what they'll do for employment next, this is a compelling package of benefits.

My vote was YES. pic.twitter.com/Z9kgkLhBdI

The game's stars who are paid like it and whose bods have logged more mileage just don't see the risks involved in playing a 17th game and, for some, an extra playoff game each year for the next decade:

Health and Wellness of our men is always the most important aspect. There is no price you can put on that and that is why I Voted No. I respect the Men that have been part of this discussion and stood up for their locker rooms. https://t.co/mL0Yj3E6d9

At least one of those stars -- Steelers C Maurkice Pouncey -- is what one would call emphatic that the haves need to pool resources to assist the have nots in case a work action is called for players to take a hard stance:

The problem with that, of course, is money isn't the only key here. It's time. The rank-&-file surely realizes that their prime is a fleeting thing.

So, if their decisions comes down to standing with their associates who've gained great benefit from capitalism or accepting more benefits and immediate and increased money from the socialist Shield, odds are that vote won't even be close.

Class warfare can be well and truly ironic.