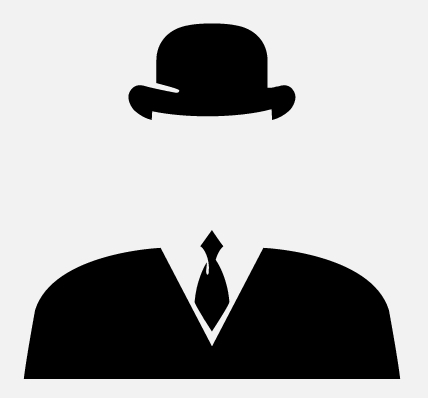 NFL Commish Roger Goodell was late to start his own press conference, acted nervous, and looked like an automaton as he read a canned statement about what the league planned to do about social stupidity in the future.

Not once did he directly address what the NFL plans to do now.

Anyone who was pissed at Goodell before this charade began -- and the numbers are both legion and influential -- is probably more pissed now. We haven't seen anyone try evasive maneuvers like this since Top Gun. Except they came off more like Hot Shots in French:

In short, this press conference was basically about Goodell covering his patootie, and he did a breathtakingly poor job of it.

Before I give a case in point, let's first review Goodell at his thrilling worst when he gets zinged by the simplest of questions. Wait for it:

See if this exchange from today's presser says something about leopards and spots. And guess who's doing the asking:

TMZ: You suspended Ray Rice after our video. Why didn’t you have the curiosity to go to the casino yourself?

Goodell: Well, two things. We suspended Ray Rice originally after seeing the original video that was disclosed in February. When the second video came out last week, that’s when we increased our discipline because that was inconsistent with the information we had. It was new information. One of the things that I said in my statement, and I said repeatedly here, is that is part of what we want to do with all of our experts, outside, internal, is try to figure out, how should we investigate these issues? In the past, we have been almost completely reliant on working with law enforcement and cooperating with them. We do not want to interfere with an investigation. And particularly here, when you’re dealing with a casino in New Jersey, there are even more restrictions because it’s overseen, I believe, by the attorney general. So we have to be very cautious not to interfere with an investigation, but we’ll evaluate that. Should we do more to get that information? I would have loved to see that tape. Should we do more to get that information in the future? That’s a question I want these experts to do.

Goodell: I can’t explain how you got the information.

Does anyone still think his ex-FBI buddy is going to do any better once his 'investigation' takes more than one phone call?

Goodell admitted several times he was wrong about how he handled the whole Ray Rice situation, but in essence went on to say there were still no real concrete solutions being talked about that would occur today.

Oh, there will be committees in the future to mull over these changes, but Goodell admitted he had no idea what to do.

Huh? How hard is it to say to a player, if you get in trouble, you're gonna sit until your case is resolved. If that takes a minute, well, the player shoulda thought about that beforehand.

With his cred dashed upon the rocks of reality and strong voices calling for him to resign, Goodell finally had a short and to-the-point answer when asked if he'd thought about it.

Of course, this response came after the Commish claimed, "All options are on the table."

All but one, it appears.

If you expected a coming together of players, the Commish, coaches, and owners to sing Kumbaya after this shambles of a news conference, you should have been drug-tested.

ESPN offered an intriguing touch, flashing player tweets during its coverage of the presser. If you're wondering why the World Wide Leader is so tent-pantsed about showing up the Commish, recall that the NFL forced the network to back off from a joint investigative documentary about concussions. And don't forget the league also threw its weight around in Bristol until ESPN cancelled Playmakers.

So, all in all, Goodell's travesty of a public appearance needed something like this:

Can't say you took away from the proceedings, because there was nothing to take away.