Buccaneers Do Fashion a Favor, Decide to Change Uniforms 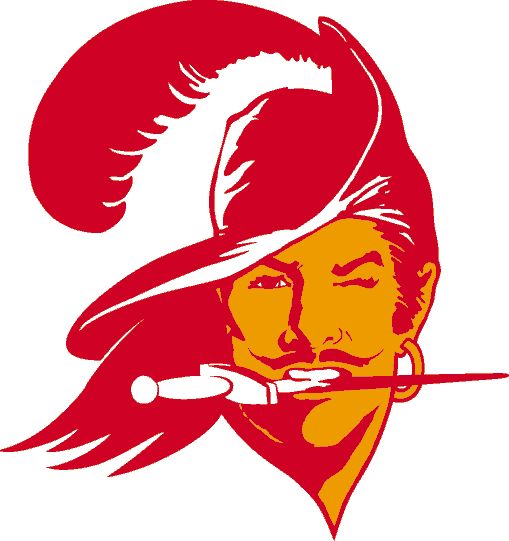 When your team hasn't made the NFL playoffs in 12 years -- only the Cleveland Browns have a longer drought at 17 seasons -- you're left with two alternatives:

For an outfit like the Tampa Bay Buccaneers, the first option's proven to be just too damn tough to do.

So, the second option it is.

Seems like someone finally drug-tested whomever came up with pewter on their unis and later adorned them with digital clock numbers. As a result, the Bucs are changing colors, design, and who know what else.

If only they could change the players who wear them, but that gets back to Option 1, so forget it.

The new look's being rolled out in April. Until then, here's the best dudes could do for a tease:

Even more unfortunately, there's no hint of creamsicle orange to be seen, which portends to nixing any sorta resurrection of Buccaneer Bruce.

Somewhere in eternity, Errol Flynn is muttering a swashbuckling WTF?

Kit upgrades have been a sorta thing lately in the favorite port of the region's first famous buccaneer, José Gaspar. OG was also the first villain ever rent asunder by the United State Navy's first-ever USS Enterprise -- tecnically, Version 3.0 -- but we digress.

Until the Bucs get around to unveiling theirs, speculation abounds. Designers with nothing better to do have offered their own thoughts as to what they're expecting, and all are rooted in the past.

While this how the No Fun League does business, the possibility exists that maybe they'll take the white-guy garish look -- think The Shield's rush uniforms -- and go next-level scary with the electric-green theme that two other Tampa franchises deploy. If that's too Seattle Seahawk for them -- and the NFL would say it is -- the the point's that this scheme seems kinda popular in that area.

Look what the XFL's Vipers have done with it:

It's got the stoner vote.

In so many ways, this is all just an evolution of what Bucco Bruce began in the 1970s, when garish actually was a thing.

It was definitely distraction-oriented to the nth degree. Just what the Bucs need.