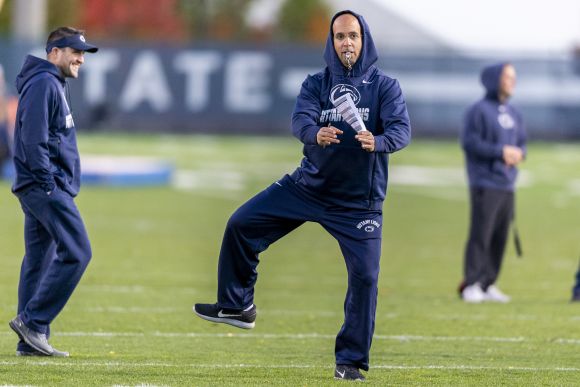 The Penn State Nittany Lions suffered their first loss of the season this past Saturday at the hands of the suddenly frisky Minnesota Golden Gophers.

However, we'd just like to stress that these failings were confined to the field and had absolutely nothing to do with any Clockwork Orange-style disciplinary programs being implemented by the coaching staff.

Stud LB Micah Parsons didn't start against the Gophers for mysterious reasons that have yet to be properly explained.

Of course, he did enter the game on the second defensive series and played the rest of the game.

Why is Micah Parsons not starting?

Welp, I think Micah Parsons has definitely learned his lesson. What say we get him back out there?

It's all so very confusing.

What we do know is that Nittany Lions players are being subjected to a sinister form of punishment:

Penn State LB Micah Parsons not starting today due to what @sportsiren described as a “behavioral modification issue.”

Now, that is an alarming turn of phrase.

Honestly, this whole thing is much too dystopian for our tastes.

We can only hope that the Parsons treatment is handled more responsibly.

Perhaps head coach James Franklin can shed some light on the situation:

JF on Micah Parsons not starting vs. Minnesota:
I will say it was a behavior modification. That's about as far as I’ll get into it. 99 percent of the time he's been good.