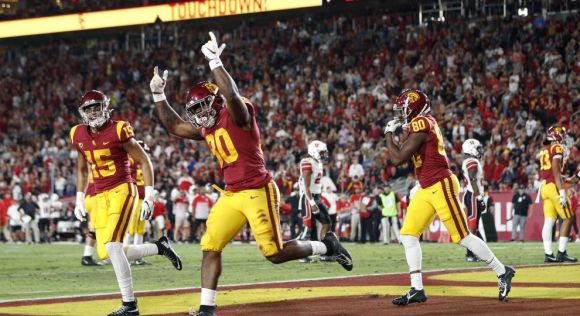 Johnny Manziel was ahead of his time.

Then again, maybe a few others were, too.

Now, at long last, the NCAA is about to accept reality and legitimize student-athletes' rights to earn non-performance revenues.

Specifically, those would be endorsements and licensing contracts.

What players called boot money back in the earlier days would still be verboten.

The next step in the process is to submit the proposal to the NCAA's three divisions. The new rules are expected to be adopted by the start of the 2021-2022 academic year.

As to dealing with the gray areas ...

Not really, until some spoilsport makes an issue of it.

Athletes won't be allowed to do group endorsements or licensing deals the way pro sports players' associations do, like deals with video games such as, say, MLB The Show.

Obviously, none of the athletes can use the school or NCAA logos, because neither of those outfits are gonna enter into a joint-venture with them for commercial purposes.

A nod of acknowledgement for this righting of a long-time wrong has to go to Jay Bilas, erstwhile gadfly to those ensconced in college sports' ivory tower. Dude was calling out the NCAA's hypocrisy back in 2013, when he wondered to the masses how players' jerseys could be hawked in the NCAA stores with no consideration at all going to the atheletes themselves.

He shamed them into putting a stop to the practice. The aftermath led to a closer look at the entire situation, and now, it's taken a major step forward today.

The NCAA's continues to take a dim view of endorsements and gambling, as well as alcohol and tobacco products. Unless another wacky punter from Oz shows up, though, it's doubtful anyone's gonna push the envelope in those directions.

Ultimately, someone will test a gray area somewhere, but that's how rules get refined, and if any book of regulations needs more dust blown off its covers, it's the NCAA's.