The CFP's Busted in More Ways Than One 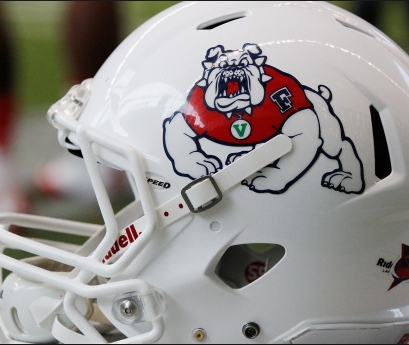 Here's one of the most wonderful things about the media:

With so many sets of eyes from so many sources, there's always gonna be someone who catches a pertinent detail that everyone else missed.

It's also a reason why no one needs to be concerned about a free press organizing in lockstep.

Trying to get a handle on what reporters see and research is well and truly harder than ... well ...

The looming issue right now regarding the College Football Playoffs is whether or not the big-brand status of Ohio State and Alabama entitles them to special consideration if they don't win a conference championship.

To be sure, that's not the only criteria for making the playoff, which is why the CFP format is only for the privileged and beyond unfair.

Of course, the Committee chairman's gonna sit smugly before the TV cameras and deny any bias, but actions speak louder than weasel words.

Kudos to sharp-eyed scribe Jason McIntyre at The Big Lead, who looked beyond the spotlight when the CFP Selection Committee announced its latest bracket projection: He noticed that, all the way down at the bottom of the list, the Fresno State Bulldogs had sneaked into their poll at No 25.

That's the same Fresno State that was thrashed earlier in the season by the résumé-challenged Crimson Tide.

As McIntyre clearly explains, this is not a good look for the Committee and its alleged impartiality.

The Geeks we use for The Daily Player 12 compilation, Jeff Anderson and Chris Hester, back McIntyre up by nature of their algorithm.

They've got the Bulldogs at No 41, below more qualified teams of similar status: Really, how can one not be suspicious of what the Committee did here?

It's enough to make one wonder what's really getting massaged when the Committee meets every week at that luxury spa in Texas.