Published on 1-May-2020 by J Square Humboldt 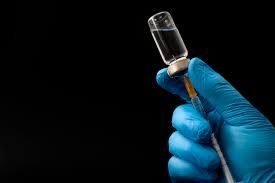 As shocking as it may be for certain politicans and their lunatic-fringe elements to grasp, 86% of Americans have confidence in scientists.

Perhaps too much in many cases, as the tendency to feel that science will always bail them outta major crises serves to restrain their motivation for making what must eventually become inevitable lifestyle changes.

Fortunately, though, science looks like it's riding outta the hills to rescue us yet again, as we are.

Medical researchers at England's University of Oxford are confident they've cracked the code for an effective Covid-19 vaccine.

It just so happens that they've been working on vaccine possiblities to combat possible coronavirus outbreaks for quite some time:

Researchers from prestigious universities -- besides not dismantling programs designed for long-term preparedness -- don't make jokes about their work. If they've gone so far as to sign a pharma deal for producing their vaccine, that's cause for serious optimism.

Again, if Oxford's tests on 6000 human volunteers -- currently in progress -- produce the results they're expecting, vaccinations for the global public could begin as early as this September.

Given that polling has shown 72% of the American public isn't going anywhere near a stadium or arena until there's a proven-effective vaccine, this news could just possibly salvage at least a part of the college and pro football seasons, not to mention every other sport that's sucking huge financial wind right now.

The colleges are adamant that their games need fans in the stands. Attendance isn't as much of an existential issue for the NFL, but they still want the in-stadium revenue streams atmosphere to enhance the full game experience.

Incidentally, if all goes the way Oxford is sure it will, its agreement with the UK's AstraZeneca is to sell the vaccine at cost.

There'll be a market-forces price later, but Priority 1 right now is to save the world.

It's a damn sight more realistic and logical than what some wackos are peddling. Fortunately, 82% of Americans know this. Oxford's next announcement can't come soon enough.

Meanwhile, it'd behoove the other 18% to get a clue. Some more than others.