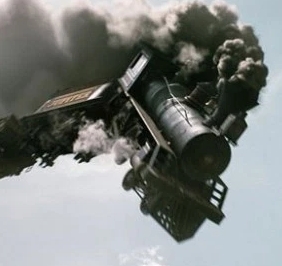 This year's college football campaign is following a familiar script.

Late September and early of October is devoted to cash-incited matchups of well-branded teams that will draw a decent television audience. Some actually serve to be more than entertainment.

The rest of October starts to sort out who's on the outside looking in. It also begins to sift the wheat from the chaff, as it were, with some of those clubs hoping for a rematch and a shot at redemption or validation, depending on who's asking.

CFP contenders are suitably banged up as they head into the nut-cuttin' portion of the program. And that's when perceptions of who's who in the zoo meet reality.

Three of the Committee's anointed Top Ten didn't make it through the weekend in -- what else? -- conference play.

It's also notable that all of them were playing on the road, and all of them looked like hefty underdogs.

Auburn got bit by Clemson and choked at LSU going into Week 11, but they were ready for the Georgia Bulldogs, who marched down the field on their first series -- trust us -- and got steamrolled after that:

The Tigers' performance was so dominant, it didn't really matter if the play-by dude was a homer.

As if it wasn't before, the Iron Bowl becomes interesting yet again in terms of CFP implications.

Both Auburn and Alabama have their customary minnow-scrimmage this weekend prior to their battle for the SEC West title and a berth in the championship game against ... Georgia.

Mark Richt had other things on his mind than his former posting, such as leading his alma mater into their biggest game in a long while.

Frankly, it brought back old memories, without the convict thing:

Richt would doubtless have to lead the Hurricanes to the national title before Georgia grumblers would zip it with the can't win the big one talk.

Not that he's looking at serving revenge as a cold cut -- dude's surely past that -- but Miami's smackdown of the Irish probably hurt the Bulldogs more than it did Notre Dame, even though it was a fatal CFP blow for the Irish.

Then there was the death match in Norman.

Oklahoma served notice that offense still tops defense in the Big XII, and that put another strike against TCU, as it was already the road team:

The hell of it is, the Horned Frogs have a strong defense. That fact alone speaks well of Baker Mayfield.

The last time any poll's top three teams were beaten on the same day was 1 Jan 1963. Until the final seconds in Starkville, that possibility existed.

But, as usual, Alabama found a way.

For most contenders, Week 12 will be about light resistance.

Unless a case of unthinkability breaks out somewhere else, only four games seem to offer any bracket-related drama:

For the first time, it may well be a two-loss team is bestowed with a bracket spot.

Only four undefeated teams are left, and one of them won't get a sniff. Three one-loss teams are still out there.

Maybe it is in the stars this season.