O'Bannon Lawsuit Is Schooling the NCAA 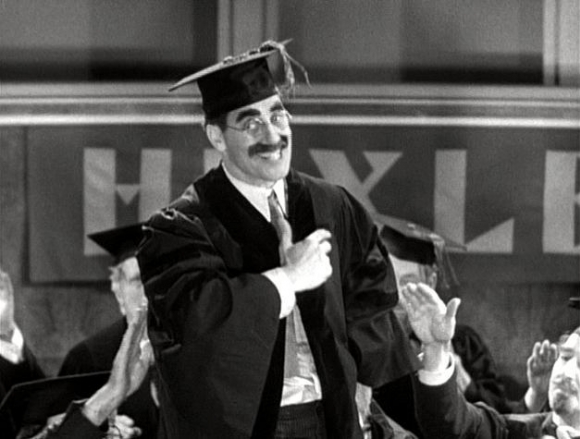 Hall of Fame running back Hugh McIlhenny used to joke that -- 'way back in the day -- he had to take a pay cut to turn pro.

Except he wasn't joking.

Of course, that was when the NFL was still an afterthought to most of the sporting public and before the NCAA was holier than thou.

Now, in a lawsuit that had to happen, the dudes in college sport's ivory tower are about to discover the cost of purity. That is, if purity is measured in their keeping the lion's share of the bucksola their amateur minions are generating for them.

Ironically, former UCLA hoopster Ed O'Bannon drew upon the student half of student-athlete to research the inequity of that arrangement. He's gone from the hardwood court to the high courts to make his case. Now, it's coming to pass, and he's the odds-on favorite:

Really, how hard does it take anyone to connect the dots? Virtually every state's highest-paid public employee is a Division I football coach. The arms race for bigger and better facilities continues to put up palaces that have little to do with the hypothetical college experience. All the while, broadcast media, coveting unique content that plays better live than on DVR -- and keeps their commercials in the foreground as opposed to fast-forward mode -- keeps the taps turned on at full flow.

And student-athletes talk about going to bed hungry or getting dinged for an extra helping of pasta.

Sure, they're getting a so-called free education, but shouldn't a scholarship merely be part  of an overall compensation package for what the jocks in big-revenue sports are pulling in for their schools?

Power conferences can try to take the high ground, but as long as they let the likes of the NFL and NBA treat them like free minor leagues, the argument rings hollow.The only way they're going to effect meaningful change is to contract their student-athletes for four to five years with buyout clauses.

The ultimate irony is that NCAA poobah Mark Emmert is the key witness in the dock. His last posting was the University of Washington. That's Hugh McIlhenny's alma mater. And as the courtroom action unfolds, it's clear that Emmert could use a bit of the evasive moves that the former Husky showed on the field.

Because it's becoming ever more clear that when the decision comes down, the NCAA's goalposts will have changed.