Published on 2-Sep-2019 by Sportbet Staff 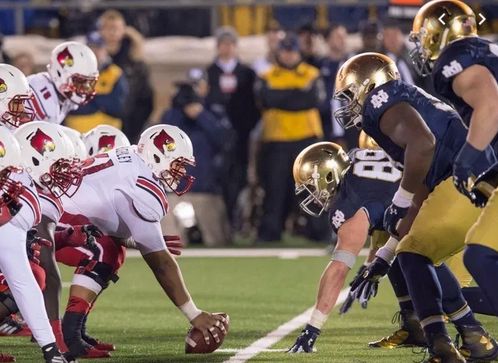 Does Louisville really want to hit the gridiron against Notre Dame and what’s sure to be one of the top offenses in college?

The NCAA might want to save their top referees or even their mediocre referees -- or even the referees they’re considering laying off -- for Week 2. No reason to even bother with this one.

Well, what the hell.

It's already scheduled on prime-time television, game tickets are maxed out, and the sportsbook have been taking action, so ... Why bet on the Cardinals ...

Remember Appalachian State wandering into the Big House a few seasons ago, being promised a big appearance check for a ritual Michigan thumping? Remember what happened?

Scott Satterfield wasn't the Mountaineers' coach back then, but he was calling plays as the OC. Then, he damn near engineered another upset of a Big Ten opponent under his tenure by going into Beaver Stadium last year and scaring the bejeezus outta Penn State.

That's about it. Dude's got a lot to do here. Bobby Petrino left the program in a shambles, but there are athletes around which to build, like QB Jawon Pass and RB Javian Hawkins. And the defense? Witness protection program.

Why bet on the Fighting Irish ...

After an undefeated regular season and dreams of sugar plum and CFP titles filling their heads, Notre Dame got swatted down, 30-3, by Clemson.

The question, then, is whether that'll become a stigma. QB Ian Book is back, but after losing both his key rusher and top receiver -- not to mention four top starters on defense -- the Irish have got to show they can counter what every other opponent this season saw in the Clemson game film.

Brian Kelly recruited for strength in the trenches last year. If that depth shows up, it'll bode well for Book's game and not so much for the opposition.

The ATS is tricky, as it doesn't give the Irish a three-TD challenge but it's definitely enticing for a Louisville play. The key is gonna be how quickly Satterfield can install his schemes because, with the talent he has that Petrino totally squandered, it's possible he could keep this one close for a while, at least.

Week 1 can be an opportune time to jump on a dog or two, and this may be one of them. Plus, big brand favorite or no, getting 20 for a home dog is just too enticing to pass up.