Published on 2-Nov-2019 by Sportbet Staff 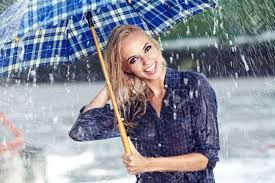 The first College Football Playoff rankings -- such as they are -- get their first showing of the season this coming Tue 5 Nov, which obviously creates a bit of a stir in some quarters.

Whether or not it's by coincidence, a few of the big dogs expecting to appear at the top of the list are among nine Top 25 teams taking this weekend off.

Yes, schedules are planned well in advance, but the BCS/CFP scenarios have been around for long enough, now, so Week 10 apparently has that sorta effect.

There are still a couple of big-impact matches on the slate, and we've got our inclinations as to how to convert those results into a bitta beer money.

We don't necessarily pick the big games because they're the big games, but this weekend, three that may have a significant impact on the CFP scene are on our ATS list.

As always, remember that the lines are always changing, and our recommendations are based on the early postings. If you feel inclined to go along with any of these suggestions, check the current number before making any final decisions.

Ever since their embarrassing loss to Wisconsin early in the season, the Wolverines have played great football. Even the 28-21 loss to Penn State wasn’t awful.

Charles Xavier’s favorite X-Men should dominate the Turtles. Maryland is just a bad football team. Michigan could win by over 30.

After getting slapped around by the Wolverines in Ann Arbor in Week 9, the Fighting Irish have a chance to bounce back with a big win and cover against the mediocre Hokies.

Notre Dame had no fight in them against Michigan. They should have a ton of it in them this week. As in about a three-TD spread more.

It’s difficult to understand why Georgia's favored in this matchup. The Bulldogs have no passing attack, and the defense isn’t as good as advertised.

The Gators should win this one straight up. Why not take the points?

Arizona doesn’t cover a lot of football games. However, their defense should handle a Beaver offense that -- although better this year than last -- won’t stand up to an improved Wildcats squad at home.

Oregon State had a bye last weekend, but this is still their second straight road game. 'Zona will Bear Down.

The Rebels won’t know what hit them in this game.

Auburn played fantastic in a close loss to LSU in Week 9. The Tigers know they had a shot at upsetting Joe Burrow and LSU. They’ll take out their frustrations here. Auburn, big time.

Rutgers paid Liberty $1million for a visit and wound up being the underdog. At least they avoided more indignity by beating the Flames.

Unfortunately, they won’t make it two in a row because the Illini are much, much better than the Scarlet Knights. Jump on this spread before Illini backers drive it up 4 to 6 points.

The Utes have crushed three straight opponents -- California, Arizona State and Oregon State -- but all of them have mediocre to awful offenses.

Not only do the Huskies have a capable offense, they're coming off a bye while Utah is playing a fourth straight week. Look for Washington to have cleaned up a few inconsistencies and win straight up.

Surprisingly, Trojans QB Kedon Slovis has been far more explosive and slightly more efficient than Duck chucker Justin Herbert, so it’s hard to swallow the narrative that the Ducks have an offensive advantage.

Don’t be surprised if this line closes at 3, more in line with where it should be. Take the points while they're available.