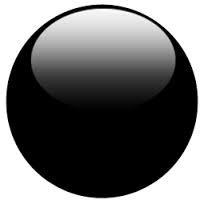 Student-athletes scraping by in school is still an issue, even though FBS schools keep raking in the dosh.

Part of the proceeds, of course, go toward promotion and public relations. That's understandable for any kajillion-dollor enterprise.

But does it really need to spend on front-of-the-plane tix to Dallas-Ft Worth for a dozen well-off citizens each weekend from now until early December so they can do what The Daily Player 12 does in dive bars?

Research is everything, you know.

Wonder how many more student-athletes could be assisted if the hotel rooms, conference room, laptops, custom software, swanky food and drink, and who-knows-what-else for incidentals were diverted to them.

It could be done. Just expand the playoff to accommodate all conference champions.

It beats the hell outta what they've been doing, which is spending all that time and money figuring out which one they're gonna blackball. It must be quite an honor to serve.

This season, drink it and weep, Big XII.

Good Snark: You can dance if you want to ... Remember Craig Bohl? He's the dude who built North Dakota State into an FCS power as the Head Bison there. Bohl moved to Wyoming a couple of years ago and is starting to make see results in Laramie in Season 3.

As in 6-2 going into November and knocking Boise State out of the unbeaten ranks. Not bad, and if this isn't a testament to how he's coaching up the Cowboys, nothing is:

Bad Snark: D-U-M-B, take a stupid penalty ... Two, actually. The Washington Huskies defense twice stopped Utah -- once in the red zone -- and gave the drives back because of totally self-inflicted personal fouls. It cost them 11 points.

They're damn lucky former MLB outfielder Gary Pettis' kid is good at return runbacks ... and that anything goes when you're blocking for them in the Pac-12:

Good Snark: Refrigerator v2.0 ... This is turning into throwback week. Remember the Chicago Bears' DT William Perry? Dude was called the Refrigerator until he ate his way out of shape, at which point the nickname morphed into Mudslide.

How'd Virginia Tech miss this play in their scouting videos?

Guess they were looking for a lateral instead of a handoff.

Georgia Tech wasn't a couple of weeks ago. They weren't looking at all:

Bad Snark: Boilermaker disaster ... No, not the 62-24 blowout at home to Penn State. This is about those gawd-awful uniforms:

Thankfully, the Nittany Lions had washed their road whites.

Purdue's a great engineering school, so maybe their School of Art & Design stops at pocket protectors. At least, squinting fans could still tell the difference between teams by checking out who was on their heels all game.

Here he is waxing poeting on choosing a team captain:

For the record, Morrow's now 12-1 all-time on coin flips.

It apparently pays to matriculate in Pullman if you wanna win on a game show.

Dude should walk on to the football team while he's hot.

Bad Snark: Helping a Heisman hopeful ... Sparty chose the wrong option, but with only one second left, what the hell:

Desmond Howard never did that.

No style points for bouncing off a camera dude, though.

Snarkalicious: Where's the trombone player? ... Northwest Missouri State has it goin' on in Division II, and that includes the season's only triple-lateral TD after an interception wherethe dudes doing the honors was 280lb DT Harold Brantley:

Based on the score before that, Pittsburg State had already cashed out.

Must've had other things to do.