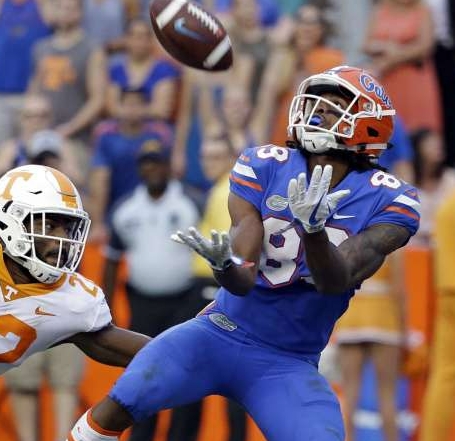 September is such an ironic month in college football.

No one really knows what to make of the landscape yet. The polls are usually laced with large doses of big brand reputations that may or may not be accurate this time around.

After all, who knows who's really gonna be any good until mid-October, at least?

Except maybe those in Tuscaloosa and a little ol' college town in the Palmetto State.

Good Snark: Dr USC ... Gotta say, when Sam Darnold & Co are good, they're really, really good. Just ask Stanford. But wait a minute, the Cardinal just got taken out by San Diego State, whose high-water mark may be outdrawing the Chargers -- 43,040 to allegedly 25,381 -- who moved their clown car up the road. However ...

Bad Snark: And Mr Trojan ... When they're not, whoa! But at least the Men of Troy combined with Texas to do what the Rams haven't done yet, ie- fill the Coliseum with paying fans. Still, they've played like the Rams too often.

Full marks to Western Michigan and -- with that Maryland game in their recent past -- the Longhorns, but so far, all we know is the Trojans have a hella lotta talent out there.

Good Snark: More Cowbell ... No one was expecting much outta Mississippi State this season, and that apparently included the Bayou Bengals.

So much for that 'home' win against Brigham Young in New Orleans and the pay-to-play thumping of those mighty Moccasins of Chattanooga.

That was the same BYU, incidentally, who saw Wisconsin waltz into the Wasatch and proceed to pound patootie.

Mississippi State, meanwhile, bears watching. Seems like they got coached up royal by Dan Mullen, who's proven to be pretty good at what he does.

Bad Snark: The wages of sin ... After all the disgusting news outta Waco over the off-season, Baylor's lucky to still be playing football. If, that is, what they're doing out there can still be called football.

And remember, this is the same school where its basketball coach had a role in covering up the murder of a Bears player by another Bears player 14 years ago.

So far this season, Liberty out-righteoused them and UTSA outlasted them. Worse, they're at Kansas this year. 0-12 is a real possibility. Karma finally catches up.

With their version of the pre-season outta the way, the Huskies hit the Front Range this coming weekend to face Colorado, one of seven undefeated Pac-12 teams so far -- whatever that means -- and the defending Southern Division champion.

They surely remember what happened in the conference title game last year. Time to see if they're better than that.

Bad Snark: Don't go there ... The dumbest comparison of the week was how Fresno State fared against Alabama vis-à-vis their result against Washington.

Good Snark: Mason Rudolph missed dotting the i ... But that's about the only thing the Oklahoma State slinger didn't do at Pitt ...

Maybe the Cowboys didn't bring a flag to Heinz Field. It's possible Rudolph figured the Panthers had been humiliated enough.

Then again, it's highly likely he knows he'd better save his absolute best for Big XII games. Bedlam's a given, but a week before that, keep your eye on Oklahoma State's trip to Morgantown on Sat 28 Aug.

And yes, their West Virginia trek is the second game of a halfback-to-backer. They go to Dallas to meet Texas first -- Red River, a half-road game -- and get the Sooners at home afterward. It may yet be too early to say, but if the 'Pokes run that table, look for them in the CFP bracket.

Bad Snark: Huskers get Huskied ... Well, there is this: Northern Illinois has been to a New Year's Six bowl more recently than Nebraska.

Better yet, check back in Lincoln next Sat 23 Sep evening. Rutgers has shown signs of life under former Ohio State DC Chris Ash.

Mike Riley might wish he hadn't fired longtime sidekick DC Mark Banker if he doesn't get this tricky pairing sorted. He could be checking coaching rumors at Other Five schools sooner rather than later.

Bad Snark: Live by the pinball, die by the pinball ... That'd be UCLA chucker Josh Rosen, who lit up the scoreboard with four paydirt passes as part of a 34-for-56, 463-yard afternoon in Memphis.

Problem is, dude threw two made-for-mayhem INTs that salted the game away for the Tigers ...

After a crazy 45-44 comeback over Texas A&M and a 56-23 piledriving of Hawaii, Rosen and the Bruins had the high numbers and meteoric play catch up with them.

Maybe an old-fashioned snot-knocker against an agitated Stanford squad in Week 4 will hone his focus.

Snarkalicious: The Citrus Bowl is long gone ... That also described Florida WR Tyrie Cleveland, who has cursed the game with another decade of coaches deploying a prevent defense because Tennessee wasn't in one when this happened ...

Damn. Let no play-by-play cliché go unused. Dude pretty much ripped off Jack Buck and Russ Hodges, not to mention a tone reminiscent of Herbert Morrison describing the Hindenburg disaster.

With that, the Gators have now made it 12 of their last 13 over the Volunteers. Somewhere, Steve Spurrier is feeling a rush of Vitamin C.