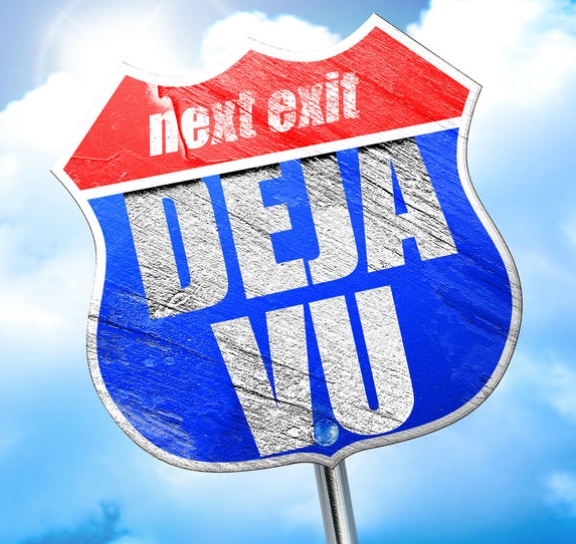 What makes this season novel is the number of post-season rematches that could actually happen.

And that's before the bracket's filled.

This may not be good news for college football.

Alabama and LSU were chosen by the pinheads-that-were at the time to reprise their allegedly epic defensive struggle that saw the No 2 Crimson Tide was edged by those feisty top-ranked Bayou Bengals, three FGs to two.

And, to the collective forehead slap of damn near every football fan everywhere else, he did get his post-game wish.

Don't know how honored he was that Alabama won the BCS championship, but it was also one of the lowest-rated title games before or since. As well, the Tide's 21-0 whitewash didn't exactly have anyone outside of Elephant Nation on the edge of their seats.

If results go a certain way in the conference title games, we could have rematches again:

And who knows? If Ohio State gets to the Big Ten title game and bops Wisconsin, two losses be damned. They could wind up in the bracket with Oklahoma.

That'll be a flag planter.

Good Snark: The best offense is a good defense ... There's an old story in the NFL back when the Minnesota Vikings' Purple People Eaters reigned. One season, they led a D that forced so many pick-sixes and scoop-&-scores, the D seemed to be more productive then Minnesota's offense.

In one game, after another pick-six, as the defense came back to the bench, one of the Eaters looked to the offensive unit and said, now get out there and hold 'em!

Bad Snark: Utes charity ... Then there are turnovers in quantity. Utah was so loose gripping the pigskin that the Washington State defense grabbed seven turnovers, like this pick by Hunter Dale:

And this fumble recovery by Hercules Mata'afa, the undersized DL who's been wreaking havoc all season long:

Good Snark: Hot tip ... Iowa State's Allen Lazard has his own version of a tip drill.

Dude displayed nimble fingers against Oklahoma State as the Cyclones did all they could to keep up with the Cowboys.

Bad Snark: Dookies, damn you! ... General George Patton would've been proud as his Black Knights of the Hudson did their bit to learn from history.

Army took on the Smart Kids last season and did well in this particular battle formation:

Good to know someone did their homework.

That figured prominently in Army's 21-16 victory to complete a perfect home record for the season.

Good Snark: Auditioning for the Big XII ... It could still be the best slinger in the Pac-12 plays for that other team from LA.

And since the Bruins don't play much defense, he gets a shot at tossing a lot. With Arizona State's help, this one went all pinball, all the time:

Bad Snark: Say what? ...This must be why they don't hand out Heismans in October.

Saquon Barkley didn't get any slower as November rolled around, but it seems many of the defenses he's seen lately have gotten smarter. They've apparently noticed he sometimes ignores the fact that there are times to break ankles and times to go north-south.

It's costing him. Check out his mileage in the Nittany Lions' last three games:

On the bright side, dude did have a shining moment with the fun part of that ol' hook-&-ladder against the Scarlet Knights:

Division III Heidelberg had the game safely in hand, so why try a trick play? Why else? So a Big Ugly -- as Keith Jackson used to say -- could hit paydirt:

By the time the carnage had concluded, the Student Princes had run up a 63-20 rout over Capital University.

Bad Snark: Tennessee's De-Vol-ved ... Butch Jones was never a fit at Neyland, a fact that became painfully clearer and clearer with each passing season.

There was a day when the Volunteers had been there and done that. It all slipped away, and ever since, it seems like their due diligence on a coach who could deliver wasn't much deeper than Florida's is now.

Conversely, any shred of loyalty for a school that gave him a chance didn't go very far, either.

Snarkalicious: First down, the hard way ... If this isn't Florida's season in one play, what is?

Forget the Swamp. Gamecock coach Will Muschamp kinda did, except at the end. Drain the keg!