Mike Leach Has a Plan for the College Football Playoffs 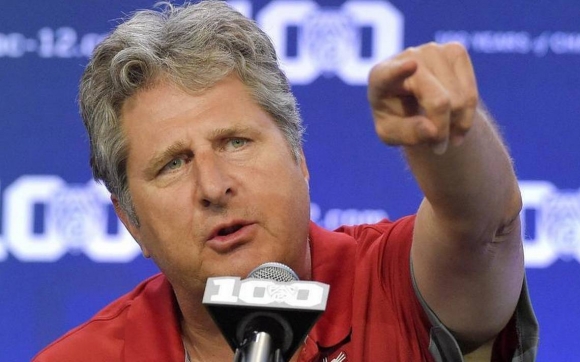 The coach some call The Pirate doesn't give press conferences.

Whether it's how to correctly release a shuttle pass or the Sasquatch, the Washington State Cougars' fearless leader will even cite sources, something that's become a rarity in these wile times.

So it's no surprise when he gets a question about the silliness of determining an FBS champion, he's locked, loaded, and ready to expound. At length:

Dude oughta get Wazzu's admin to label this wealth of stuff How the World Works 101, offer a midterm, final and college credits.

Who knows the lives it'd enrich?

Leach will surely get strong support from here.

The Daily Player is one of many that advocate expanded playoffs, which would entail:

Unless Leach becomes the next Bill Snyder, he should swing his sword all the way to the NCAA offices, create a How Stuff Works department, become the head of it, and put this agenda into action.